Hey guy's just picked up this beauty last week and with the blizzard outside,had time to post pictures.

Would love some more feedback on the markings...

I believe the USB markings are for :Unteroffiziers Schule and then “B” for the location of the school. A NCO school.

But I have also been told there was no school starting with letter B, thoughts?

Come on Joe put your knowledge to the test!

Any help is appreciated.

Damn, that is one fine helmet! Great markings.....I think you have the correct interpretation James. Once we know for sure, we need to get that picture on the "markings list". Congrats!
Remember, Pillage first THEN Burn ...
Top

That half of a name tag sure is frustrating

Awesome, thanks for the help Randolpho!

Matt- yes, wish the whole name was there, oh well.

This is what it means James , I thought you knew …

I just took a look at the Ehrenrangliste of 1902, where all those seldom and small units are mentioned.
So we have following locations for the Unteroffizierschulen in the year 1902:

- Potsdam
- Jülich
- Weißenfels
- Ettlingen
- Marienwerder
- Treptow a. N.
And finally: Biebrich (near Wiesbaden). So you have now the answer of your question

Well that really nails the ID of the helmet, excellent! So you would need NCO kokarden on the helmet for JR 94 Saxe Weimar.....that is going to be really tough to find.
Remember, Pillage first THEN Burn ...
Top

Judging by the shape of the bandeaux there is a cipher behind the Saxon plate.
Is this the only Wappen used by the school? Did the school use a Koenig Wappen or just the Fuerst?

Absolutely beautiful helmet by the way.

I would say that the plate is not original to the helmet...So I may also think that the spike and spike base have been added to the helmet too, because they are not in the original position (clear signs of manipulation)....

Helmet worn at the Unteroffizierschulen had the prussian line eagle (König) with the Garde SUUM CUIQUE star on it. Reich and prussian cokades. 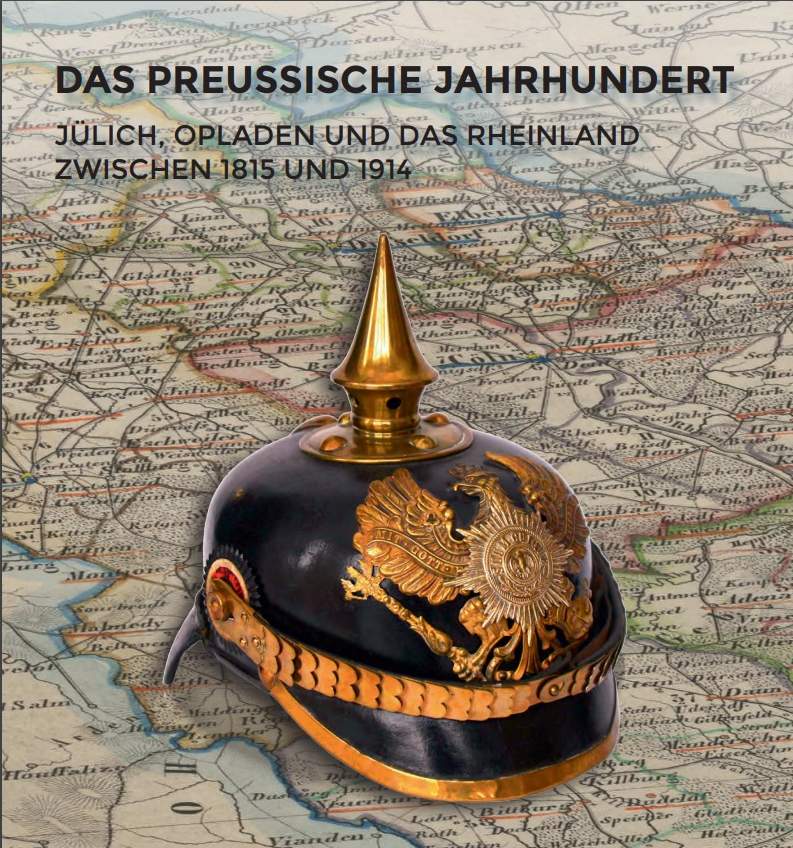 Thanks all for the comments, and especially Phillippe for all the information, it is appreciated.

After looking at it closely, I think you are correct on the spike base, as split pins look to have been redone.

I have no doubt the wappen is real, however, I cannot confirm that it went with this helmet or not...

From chapter 10 Great War Dawning
The Non-Commissioned Officer
Non-commissioned Officers (NCO) came from two sources. They were either promoted from within the ranks or were graduates of one of the NCO training schools. Students graduated from Volksschulen approximately at the age of 14. Military service would not begin until age 17 when young men could be inducted into the Landsturm. They had the option of either working or joining an NCO preparatory school (Unteroffiziervorschule) after finishing Volksschule. There were nine such schools scattered throughout the empire (Weilburg, Sigmaringen, Annaburg, Jülich, Wohlau, Bartenstein, Greifenberg i.P., Fürstenfeldbruck, and Marienberg). The preparatory school had a general curriculum with emphasis on physical development throughout the two-year course. Upon graduation from the Unteroffiziervorschulen, students could go to a NCO school (Unteroffizierschule). There were nine of these (Potsdam, Jülich, Biebrich (in 1914 Wetzlar), Weissenfels, Ettlingen, Marienwerder, Treptow a.R. (on the Rhine), Fürstenfeldbruck, and Marienberg). The course lasted two years for preparatory school graduates or three years for those who joined the NCO school directly, without having gone through the preparatory school. This institution’s graduates were either 19 or 20 years old. Upon graduation, they had a compulsory period of service of four years in the active army. Graduates were posted to the regiments with emerging as sergeants and others as Gefreiter. These schools accounted for about 25 percent of all NCOs.

The NCOs who were promoted from the ranks were generally those served who had re-enlisted (Kapitulanten). While there was no specific time in grade requirements for promotion, it was seldom less than two years. Annually, the members of the new class were scrutinized and those expected to re-enlist and be suitable as an NCO received special instruction within the regiment.

from the article on m 15 Wappen Danger danger! You are opening a can of worms that contain the principalities Of Thüringia. Get your mind away from divis8ons and onto regiments when thinking about helme5s. There is no homogeneity To equipment by divisions early in the war. That is not a Saxon star but rather one from one of the Saxon principalities. It is hard to get your head around this. Read chapter 3 in GWD. It is worth the price based on the color maps alone. No Stephan does not pay us royalties... Long story. If you cannot do that a partial explanation can be found here: http://pickelhauben.net/the-thuringian- ... ipalities/
VR/Joe
www.pickelhauben.net
The British philosopher and historian R.G. Colligwood said, "it is not
the facts that are interesting in history, but the questions and their
answers - and these can never be fixed.
Top

Philippe as usual is quite right. This was documented long ago by Turinetti in his field guide. Thx for the explanation Joe, I will read it carefully

I didn‘t want to confuse somebody, it was just an idea because I found it looks closer to a Helmet of this Section as a NCO-School-Helmet.
Best wishes, Sandy
Top
Post Reply
18 posts • Page 1 of 1