I need some help finding what type of plate the 79th Von Voigts Rhetz Infantry regiment use, currently I portray the 73rd Fusiliers, but would like to make a change, and I'm currently struggling to find where I could buy a reproduction plate to use for the 79th.
Top

Go to this link, scroll down to IR79

Thank you so much I am very grateful
Top

This is one of mine, found in the family barn, in the village of Bierbergen, near Hildesheim, late 2019. It cames with wearer picts, Militärpass and much more other documents of the guy.

Wilhelm ADENSTEDT was wounded in Congy, early September 1914 during the first Battle of the Marne. He was in the 10/JR79: 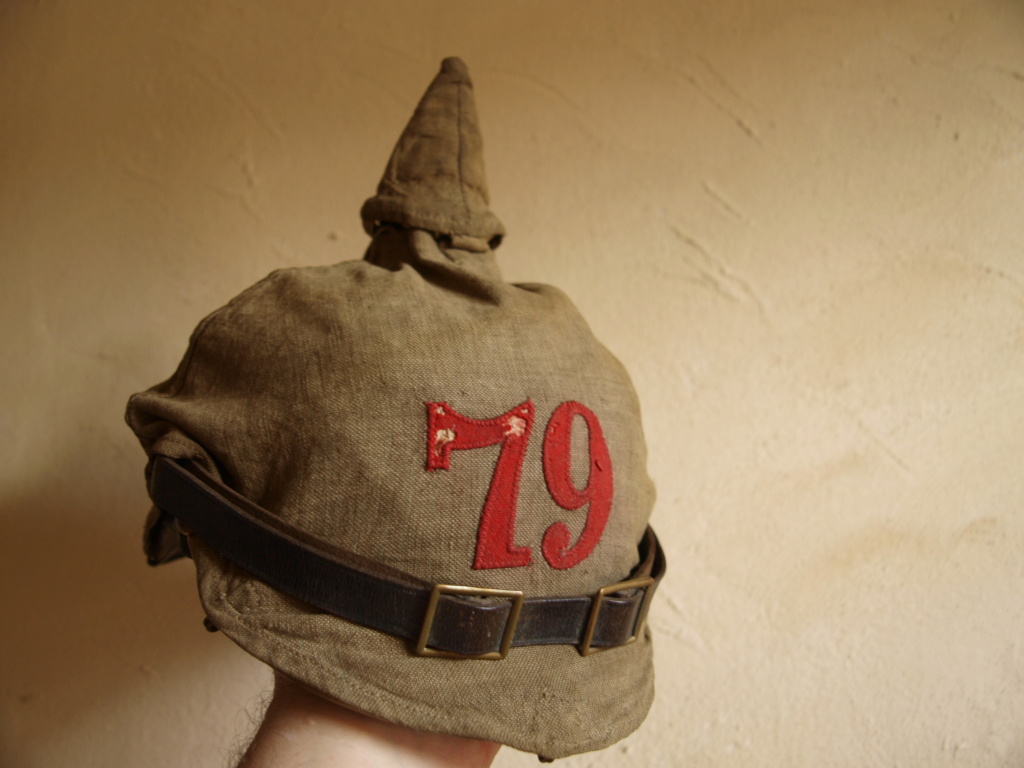 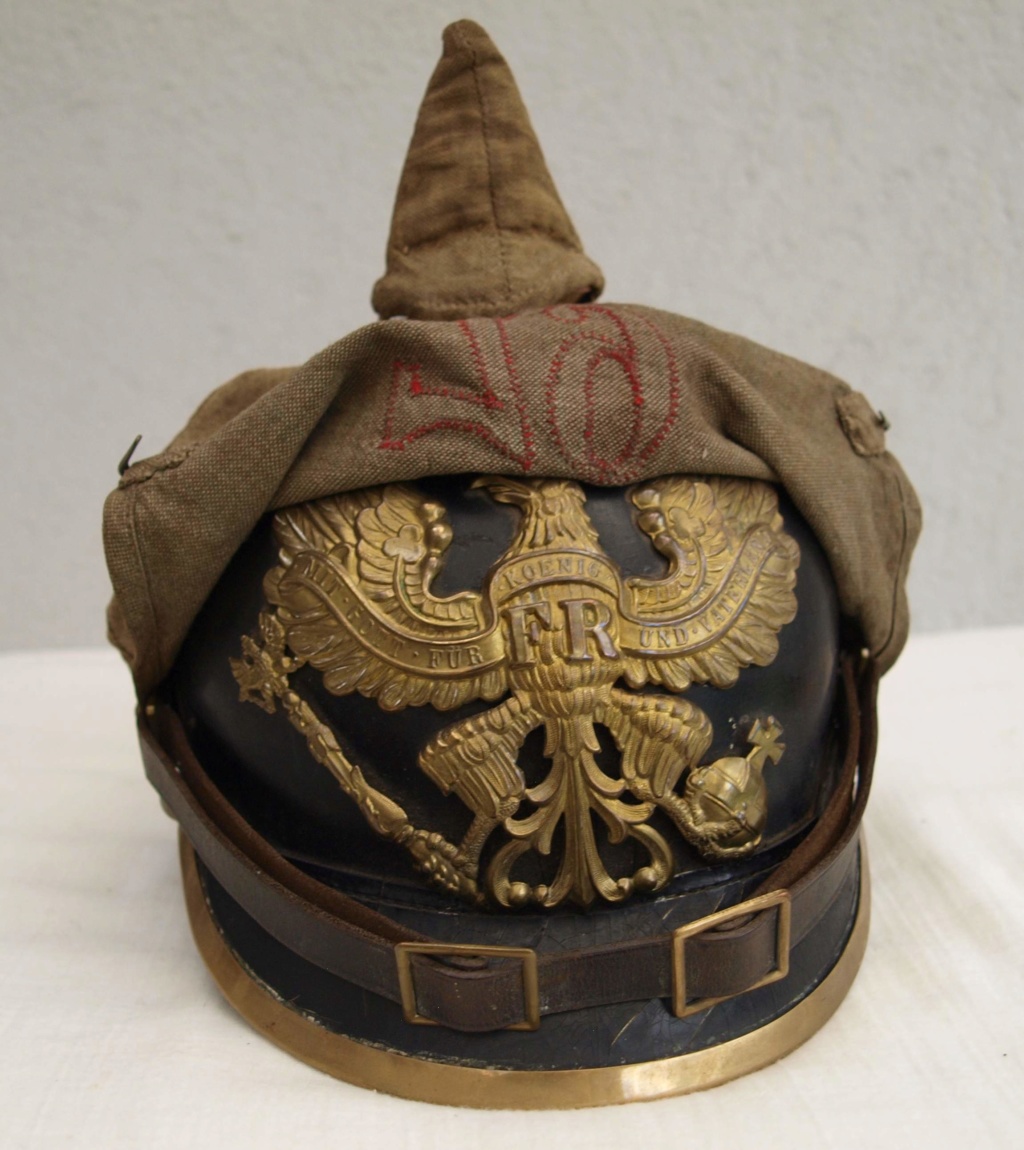 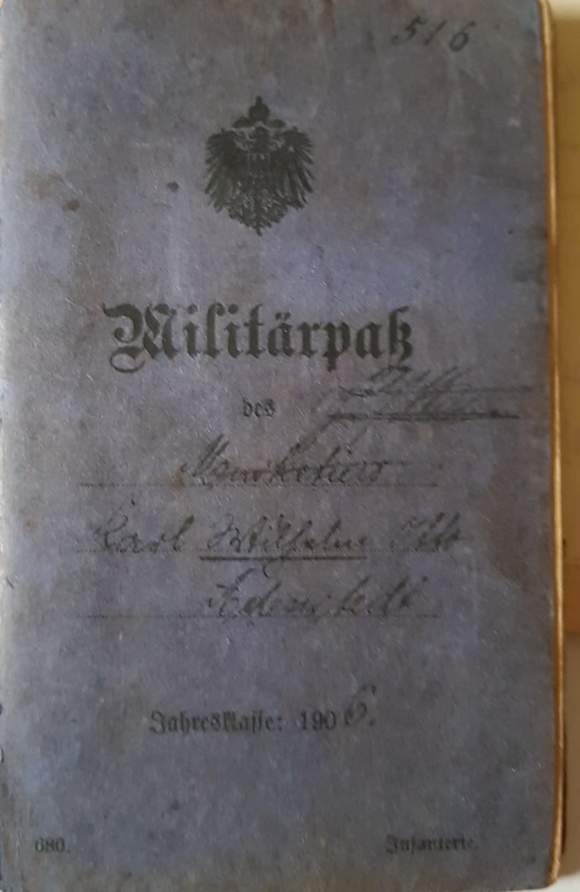 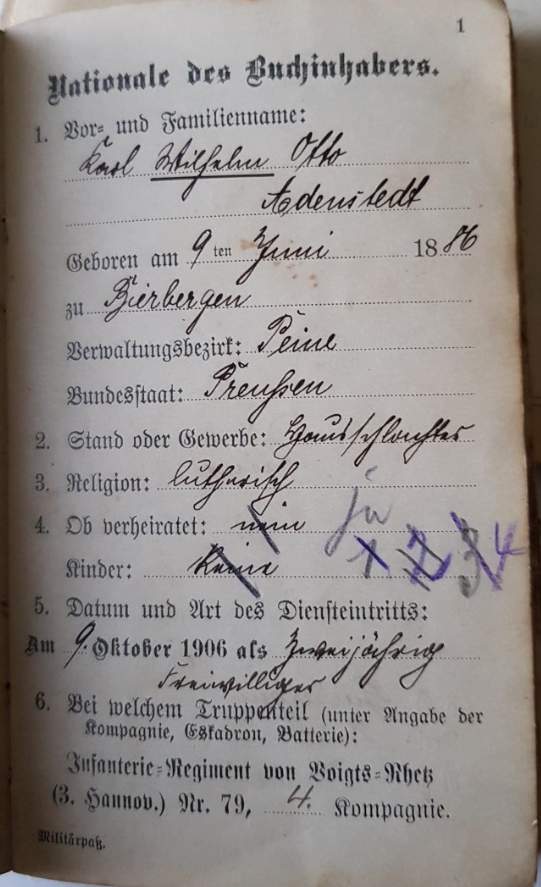 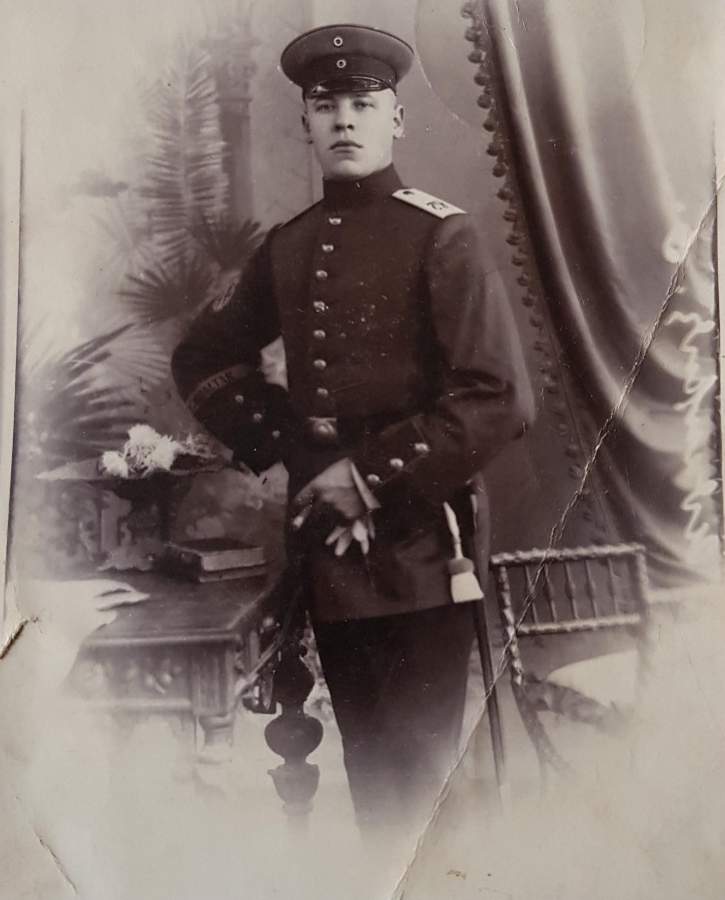 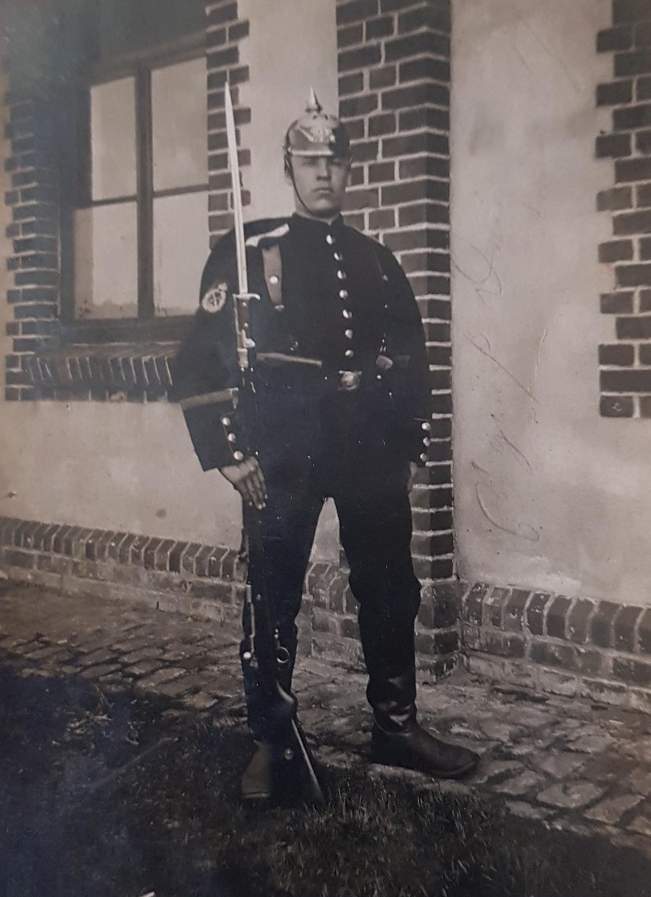 Stunning helmet Philippe with such provenance

Philippe, that is so cool to have all the photos and documents to go with the helmet! That certainly looks like the same helmet in that bottom photo!

Interesting that he was a Kaiser Prize winner. The 4th Company won the prize in 1906 so I assume that is when those photos were taken.
Top

Amazing fabulous set all to one man!! Incredible.