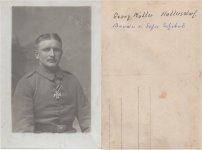 In November 2019, I picked up a small group of items that included real period cards or RPC at the semiannual Tennessee Military Collectors show. One of which was a picture of a German soldier wearing the 1914 Iron Cross Second Class. I found this card interesting because someone printed a soldier’s name and town printed on the back. In addition, an original 1914 IC 2nd CL was part of the grouping.

During the pandemic, I researched the name Georg Müller on Ancestry.com. As many who have done similar research can imagine, such a search can be a bit daunting. However, there are as many Georg Müllers’ in Germany as there are Gorge Millers’ here in the U.S. Through trial and error, I found Georg Müller Hattersdorf, Staffelstein Bayern (Bavaria), Germany. Born on 14 January 1894, he was by trade a Zimmerman or carpenter and was single. He was a Pioneer assigned to the 2. Bayer. Pionier-Ersatz-Bataillon, its headquarters was at Speyer, Germany. 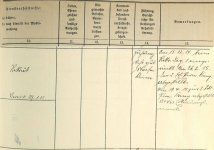 Previously, I scanned the picture and now took a closer look at Georg Müller’s uniform and noted that he is wearing both a Bavarian OR Belt Buckle and a “2” on his epaulet. 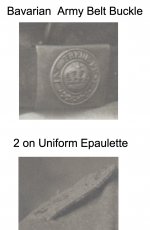 There is a comprehensive service file of Georg Müller from Hattersdorf, Staffelstein Bayern (Bavaria), on Ancestry.com and reside in the Kriegsstammrollen, 1914-1918. Bavarian State Archives. Department IV, War Archive, Munich. Using my limited German and online websites such as FamilySearch.com German Handwriting to determine the script and handwriting of the period, I have been able to glean the following information of Georg Müller service; he was called to duty on 15 December 1914. Besides the Prussian Iron Cross 2nd Class, which he is waring, Müller received the Bavarian Military Service Cross III Class with Swords and the Wound Badge in Black. Furthermore, Georg Müller earned promotions to Gefreiter in 1916 and Unteroffizier in 1918 indicate that he was a competent soldier during the war.

The records list is quite comprehensive; it provides dates, locations, and types of combat he participated in. For example, the files show that Müller initially entered the war during the trench warfare in Flanders from 21 April to 1915, and the records indicate each time he was in combat.

This Postcard and Pickelhaube is for James; here is a postcard view of the Orff barracks, which housed the 2nd Pionier Battalion. On the right is an OR pickelhaube with Bavarian cockade. In contrast to the infantry, the pioneer troops wore spiked helmets with silver fittings. 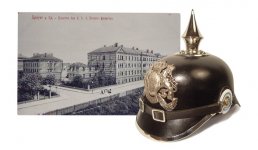 Here is a larger picture of Müller's service files. 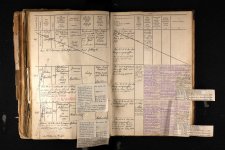 John- great stuff and good for you doing the research!

This has been fun to read!

I am pleased that y'all enjoyed the information I was able to find on this soldier.
Best regards,
John

Staff member
That’s dedication. All originating from a postcard.

Tony, Sandy, et al.,
It has been said I am like a dog with a bone, and I agree somewhat. Because I cannot let go of a subject until I have researched a historical topic from multiple angles and sources. I guess that this obsession indicates that I am a historian at heart.
Best regards,
John
You must log in or register to reply here.
Share:
Facebook Twitter Reddit Pinterest Tumblr WhatsApp Email Share Link
Top