Just watched 'The Captain' . A hard hitting supposedly true story of a deserter who finds a uniform and then takes on the roll. Violent and tense and being shot in black and white only increases its starkness and shock value. A WW2 drama well worth checking out IMO . 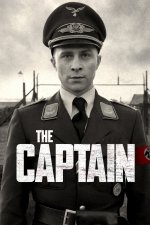 Is there anyone that hasnt seen 'generation war ' yet . oh wow , amazing 3 parter.

OVERLORD WW2 WAR/OCCULT/HORROR.
On the eve of D-Day, American paratroopers drop behind enemy lines to penetrate the walls of a fortified church and destroy a radio transmitter. As the soldiers approach their target, they soon begin to realize that there's more going on in the Nazi-occupied village than a simple military operation. Making their way to an underground lab, the outnumbered men stumble upon a sinister experiment that forces them into a vicious battle against an army of the undead.

Leave your brain behind for an action packed , far from historically accurate rollercoaster. I really enjoyed it bit its daft as a brush!!
W

No concrete news yet , but Spielberg's involved in a film named 1917 . A ww1 drama. Salisbury plain and stonehenge related issues during filming as its relatively close to the site.
W

I've done a couple of films (Hollywood productions), keep your hand on your wallet and it isn't all fun and games.

Just a quick mention for "The Exception", a fiction about the 2nd War years in Doorn. Christopher Plummer's performance as Wilhelm 11 is mesmerising and his resemblance to Wilhelm, particularly in the final sequences, is astonishing. Sad to say I just heard the news That Mr Plummer has just died at the age of 91.
You must log in or register to reply here.
Share:
Facebook Twitter Reddit Pinterest Tumblr WhatsApp Email Share Link
Top