This a is private purchase non depot marked waffenrock. Seems to have had quite the medal bar as well as the Iron Cross 1st Class. Would love to find out who he was... 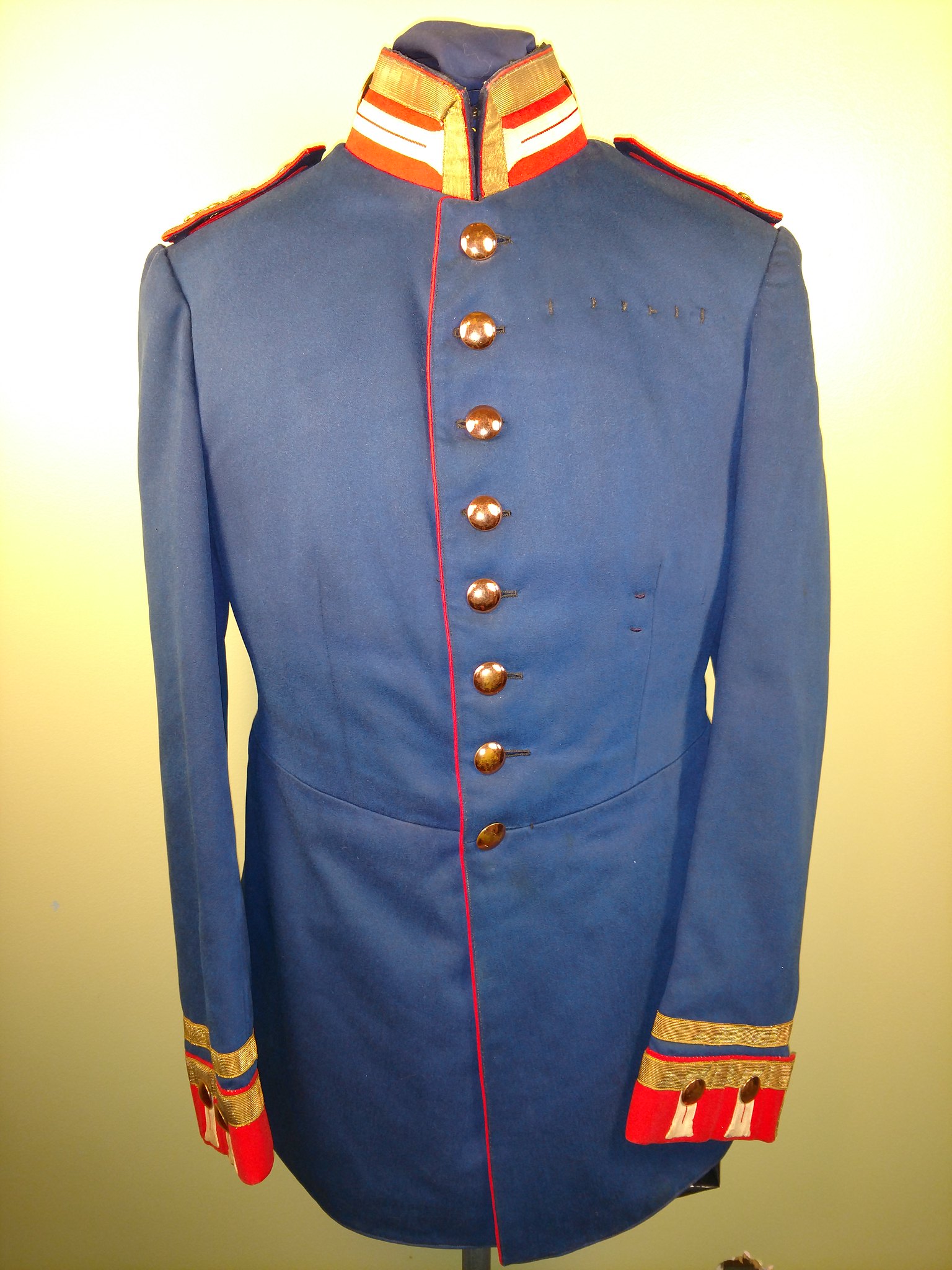 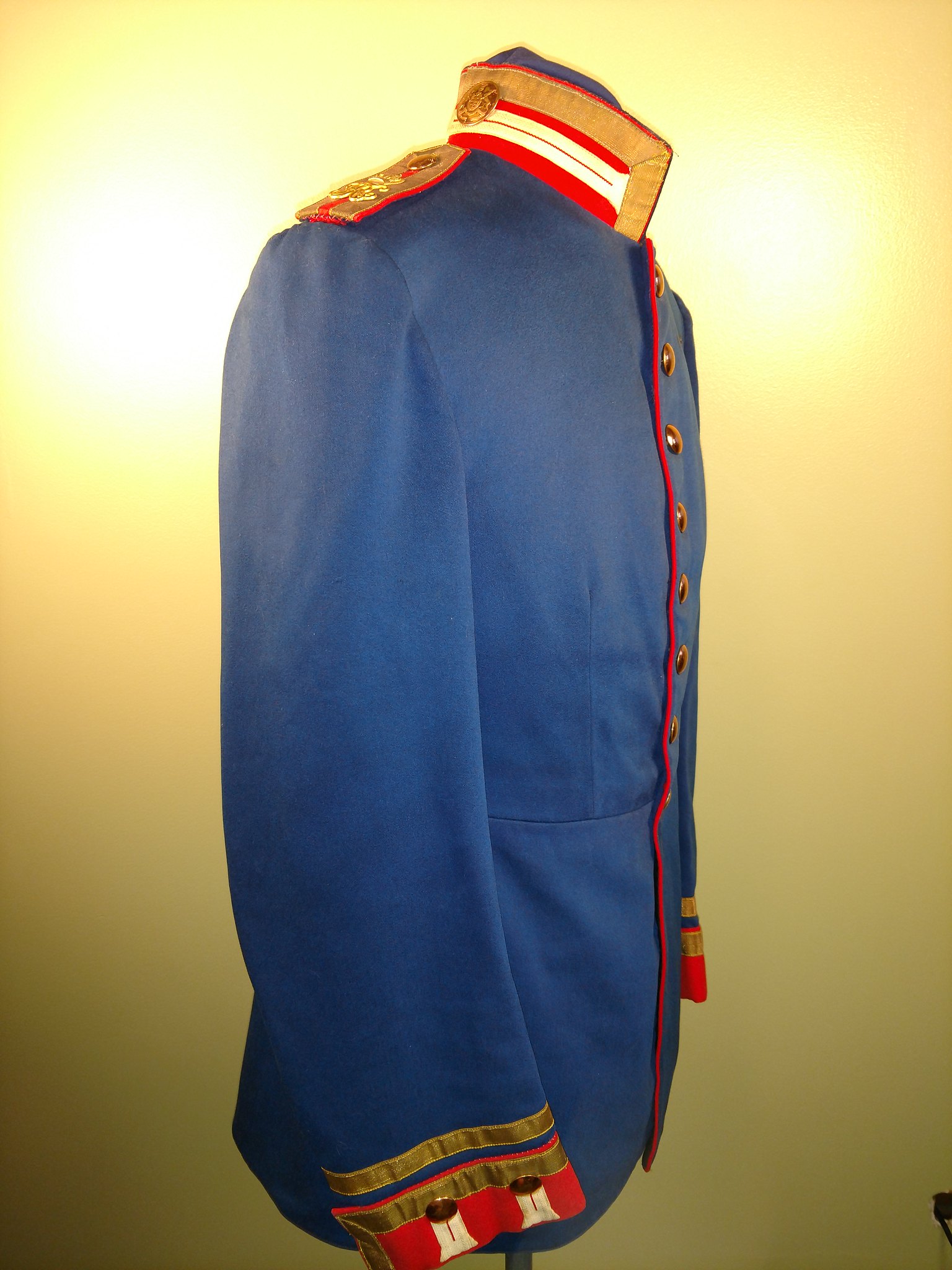 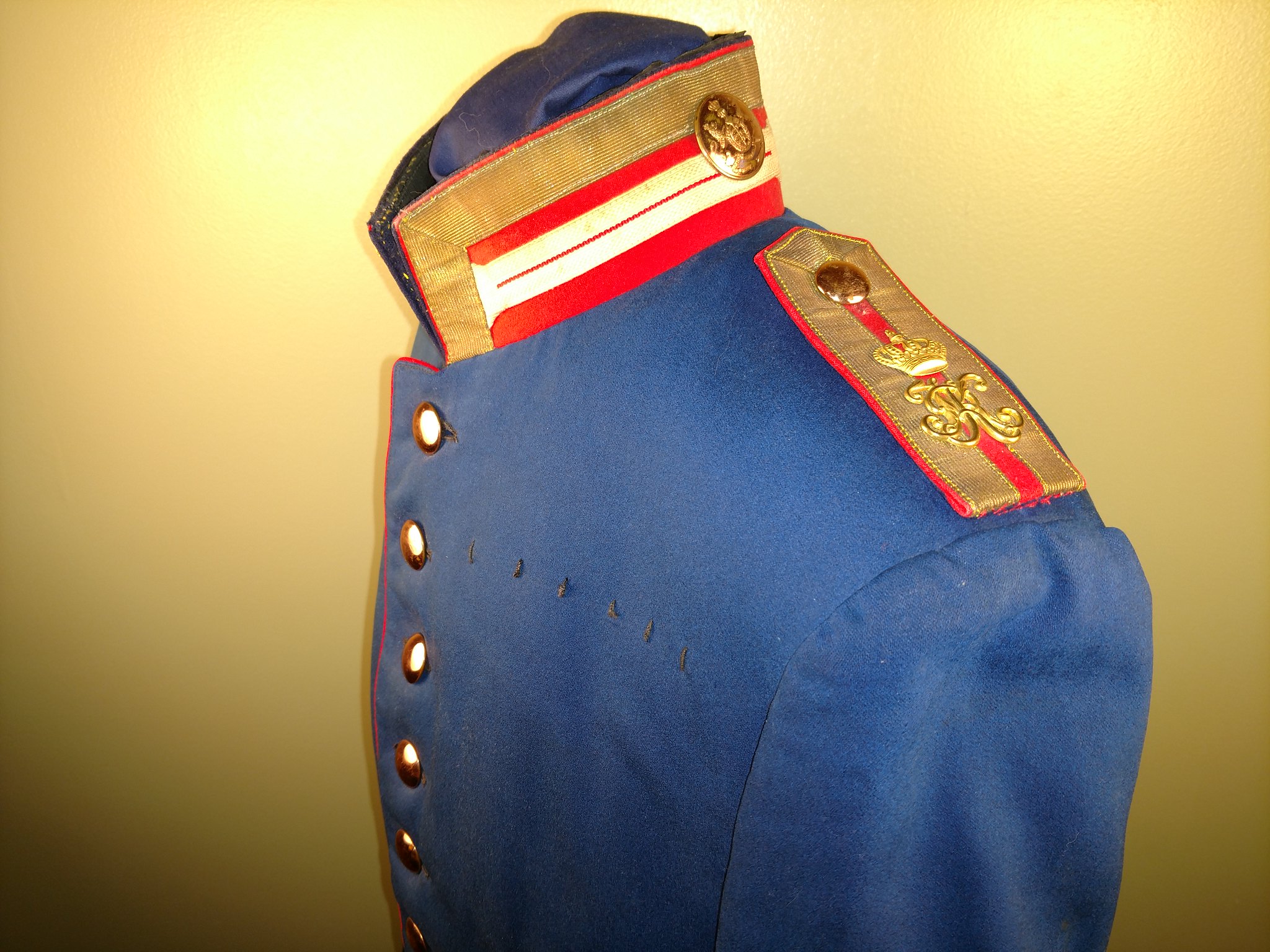 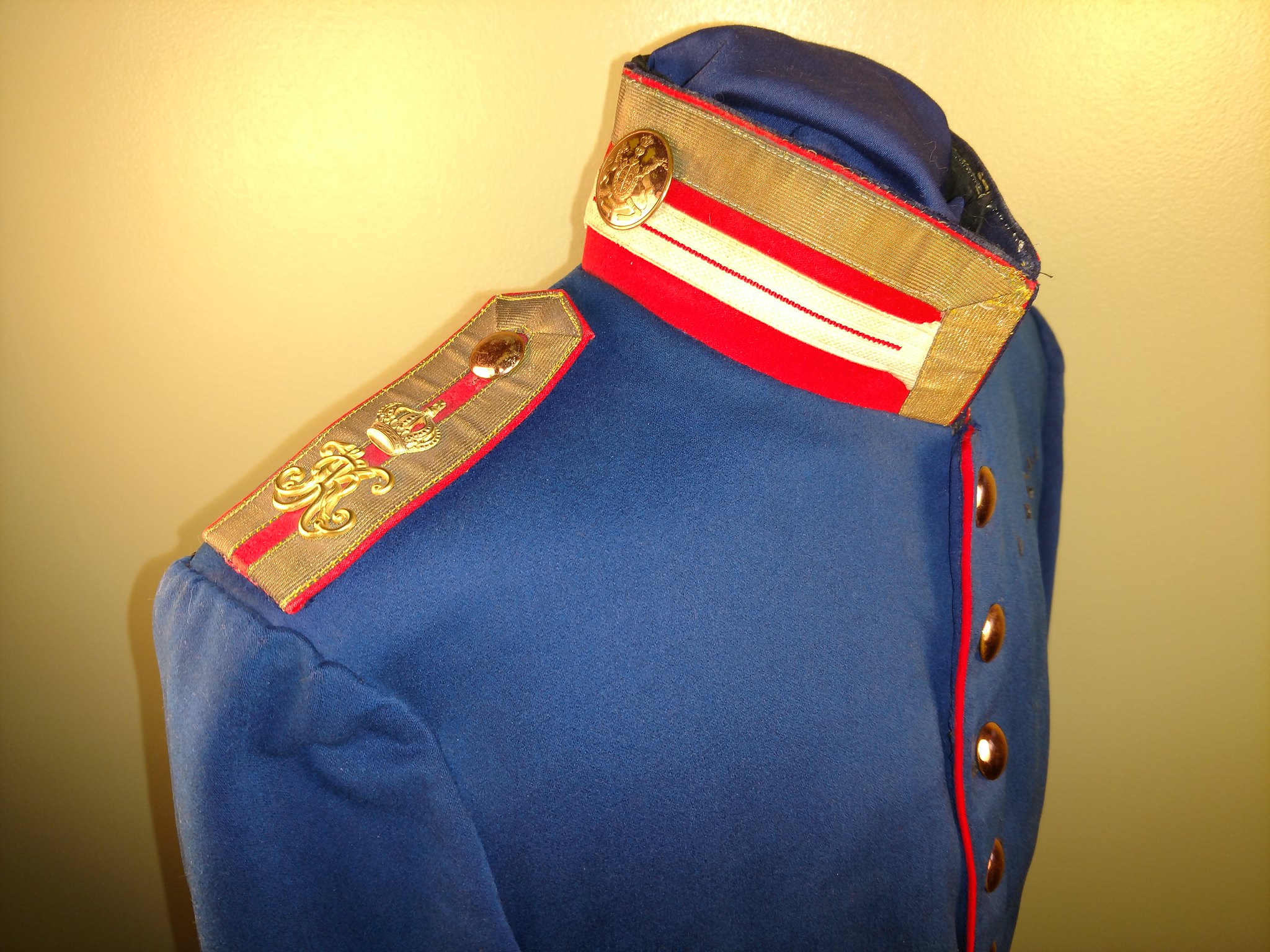 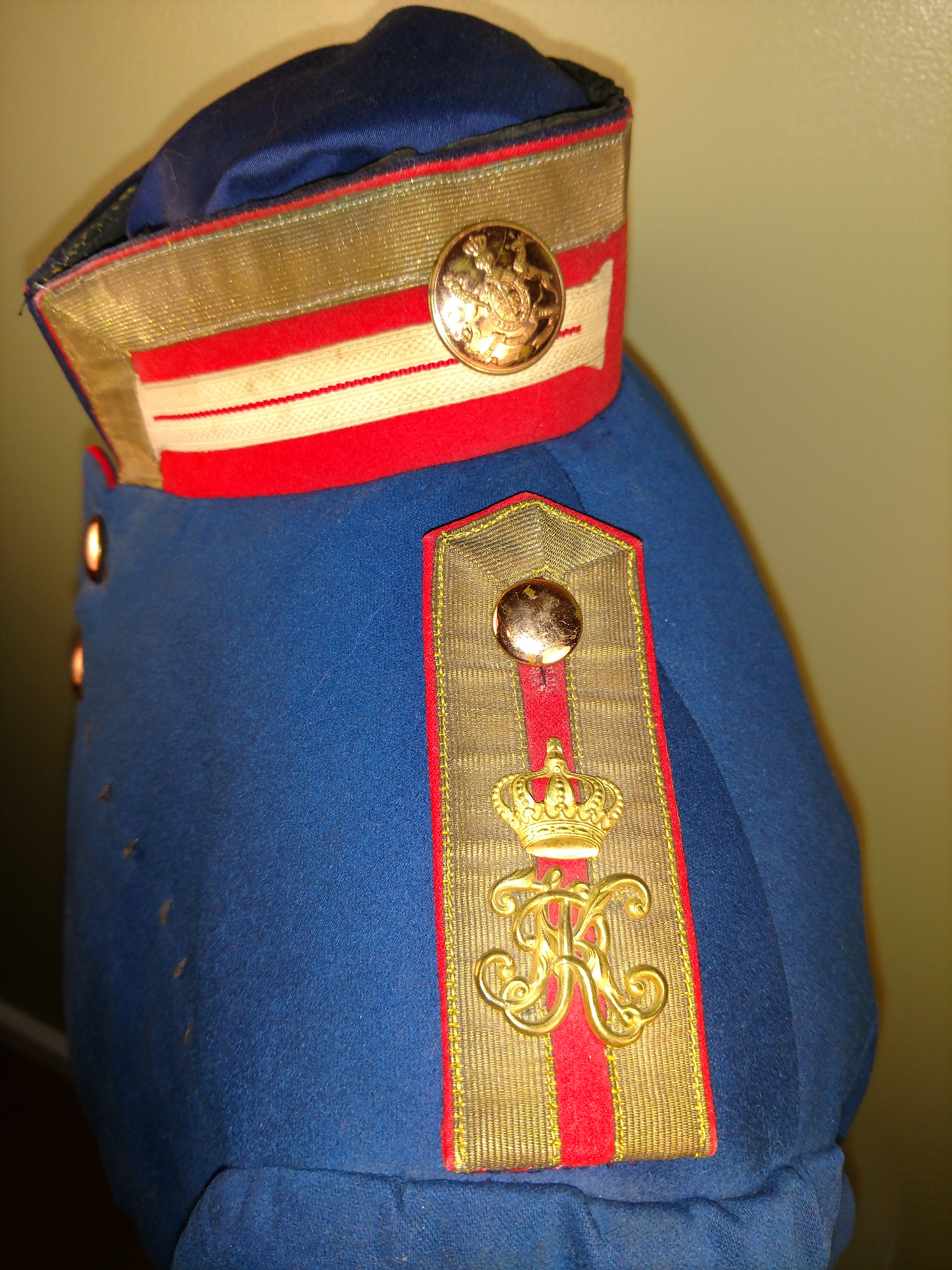 Quite the outstanding tunic! I'm sure he had a few nice orders on his bar at some point

John, may I ask you, why Offizierstellvertrer? I used to believe that this was not a rank, but a fonction that was not used before August 1914. Both ranks of Vizefeldwebel and Feldwebel were allowed to wear this fonction after the mobilization. How can you see this fonction on this pre-war tunic? I am not by far a specialist in uniform.... Thank you!

Staff member
Philippe yes you are correct of course, this was a war time appointment. That is what makes it so unique, as the man during the war was a Offizierstellvertrer, and then applied that rank to his prewar Dunkelblau Waffenrock. Based on so many war-time images of men wearing their pre-war Dunkelblau Waffenrock I believe they wore their old Waffenrock on leave simply as the soldier would look better in it.

When you see a Dunkelblau Waffenrock with loops for badges or ribbon bars, you can be almost certain that those are for awards earned in WWI. Example would be my Garde Kürassier. Pre-War dated, loops for badges on the chest. Often ex-soldiers wore their old Dunkelblau to get married in post-war. You must have seen images like this.

Plus of course, early War period images of soldiers in garrison wearing Feldgrau with other men (like training NCOs) in Dunkelblau are common. At any rate, just my observation.

The shoulder boards (not straps) are exceptional. A wartime rank on pre-war red, with perfect pre-war cyphers. Killer boards.

What’s of interest to me is that he has the correct thinner 16mm upper lace above his 21mm Unteroffizier cuff lace which is correct for Feldwebel. A very uncommon NCO rank.
Last edited: Jan 3, 2022

Staff member
just noticed. The cyphers are for pre-war officer’s epaulettes! I have several shoulder straps like these. Very nice to see.

Thank you Tony for your very clear explanation! I´m not that good with uniforms...

My Wurttemberg Officer Stellvertreter uniform is shown in the left corner . Steve 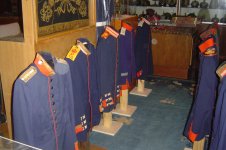 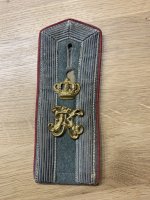