M1895 EM Pickelhaube,
have some doubst about the cocarde
thank in advance for any opinion

A very nice original helmet, which is not been messed with!
I just love the markings on it.
Congratulations! 👍

Staff member
I see no concerns, great helmet and you couldn’t get any better markings.

Hi,
This helmet has already have been discussed last week on the french forum....Both cockades are (old) reproductions!
French buyer has returned the helmet to seller because of that.
Rest of helmet is fine.

Merci Philippe, so what's the point with this cocardes, are they originals or copies ? 🤔

IMO they are originals but indeed, other opinions ar welcome...

I agree. A nice looking helmet to be sure. I'd imagine any of us would be happy to have this one in our collections, so well done!

I believe the chinstrap bears close scrutiny as well. Nice looking helmet though.

chrisutter said:
Merci Philippe, so what's the point with this cocardes, are they originals or copies ? 🤔
Click to expand...

It seems to be clear for you but not for the other member ... at least not for me. Why are they copies ? Could you explain the point that is wrong with this cocardes please !
J

Yes, more pictures are needed. Looks like the edges and back might be dyed instead of natural leather, which is bad news. Also no edging lines. I saw aged reproductions 25 years ago that were perfect, so I’m always suspicious. Especially if the kokardes are reproductions.

I believe that the Kokarden could go either way. Here are a few tips that I use when trying to determine originality. First, the Kokarden were stamped instead of cast, so if they look cast (bubbles, subdued areas, etc) they are not original to that helmet. Anything older than 1860 bears closer scrutiny. Second, since the Kokarden were stamped the flare on the inside hole goes outward toward the chinstrap fitting. The first reverse photo you have looks good to me. The second reverse photo shows that the flare has been turned back inward. That inward turn is usually a sign to me that it is a reproduction. Third, take a look at the rust. You can often tell old rust from new (buried in the backyard) rust. I can't really explain this, but maybe you can understand what I mean. Last, you should weigh the Kokarden. I have found, 100% of the time with new repops, that a reproduction Kokarde weighs almost twice as much as an original, even if it is stamped. All that being said, these Kokarden are very convincing.
As for the chinstrap, it too could go either way. The reverse side should not be dyed; however, many of these turned dark grey, dark brown, or almost black with use. I have several like this. Sweat screws up leather something fierce. Also, some collectors in the past, in trying to "save" the chinstrap coated them in leather dye, black shoe polish, etc. It may be one of those, original but messed with. The fittings on the chinstrap should be roughly 1mm thick (see here: https://pickelhauben.net/m91-chinstraps-side-posts/ ). If they are thinner than that you should be skeptical. Glue on a chinstrap, especially at the buckle ends, is a dead give-away that something is wrong. This does not include glue that some former collector has used to try to make a cheap repair, though that is not a pleasing aspect either.
It's a beautiful helmet and I would be proud to own it.
Congratulations!

I fully agree with John on this. If I would own it, I would be very happy with it. A very nice helmet!

I did not say that chinstrap also is a reproduction, only both cockades. We have on our French forum a very very long observation thread of a member who had made a special study about all pattern of cokades, with a lot of comparaison picts. He also bought all sorts of copies on the todays market and showed us the differences between good and bad. There are a few different patterns of original cockades. Some patterns have been reproduced, some others not. And: there are today some people who are able to alter some new reproduction cockades, with such an "original looking" patina that are fooling most collectors. This member is Clovis and he is also on this forum.

Philippe,
Can you post a link to the article on the French forum?
I am sure it would be interesting to many members here.
Thanks,

Here it is, John. But I think one have to register to read this thread. Just try or get member! 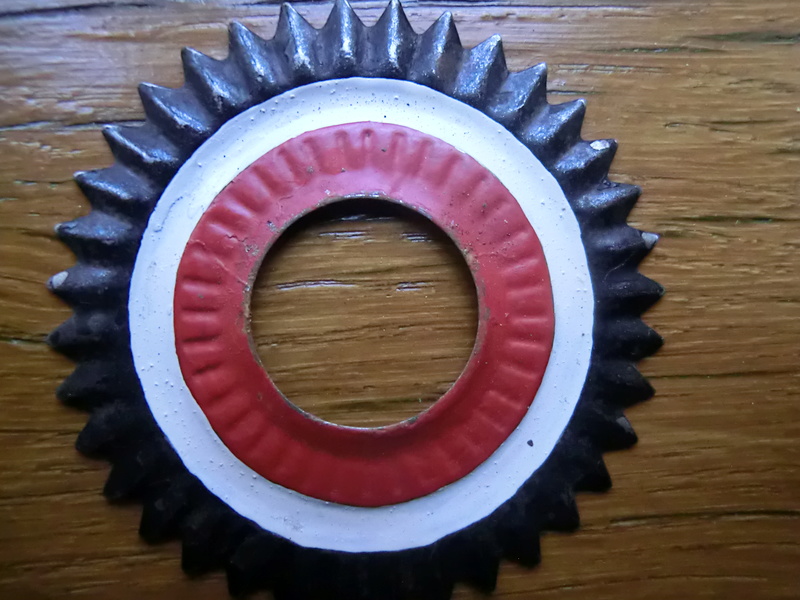 Thank's for the link Philippe!
I am not a member there, but it is perfectly readable for me. A lot of good info there by the way!