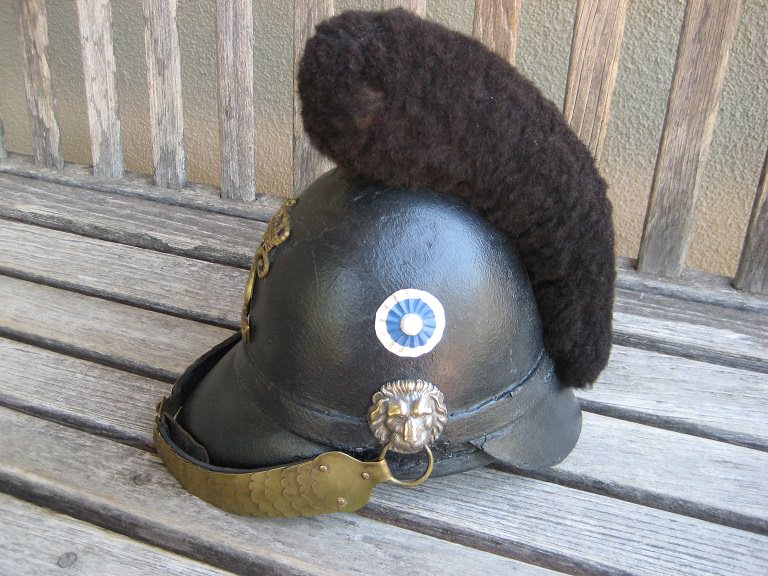 The chinscales are quite ornate on these early models: 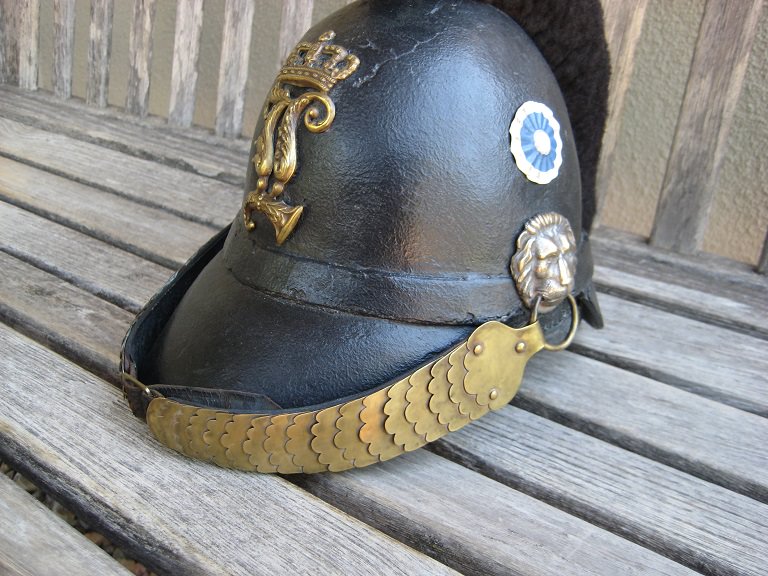 It bears the Wappen of Ludwig II, which is held on with loops and leather wedges: 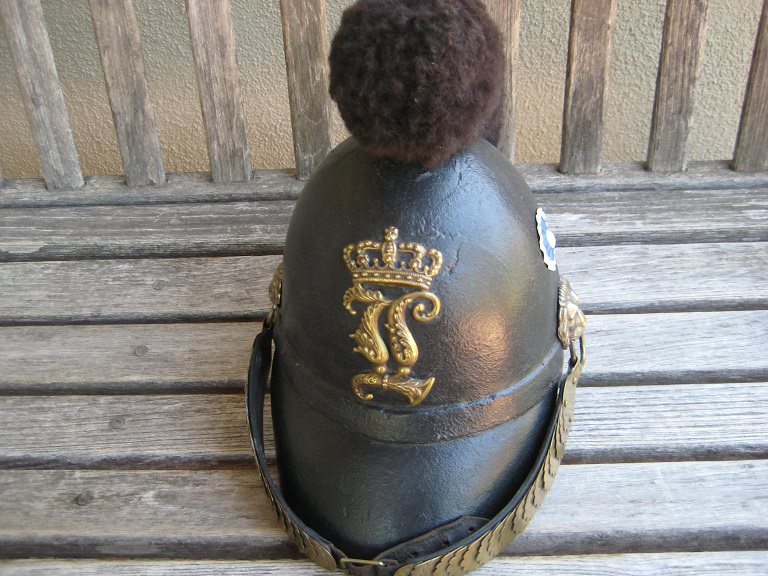 The liner is "triangle cut". The tongues were not used on these helmets until the Model 1868 appeared: 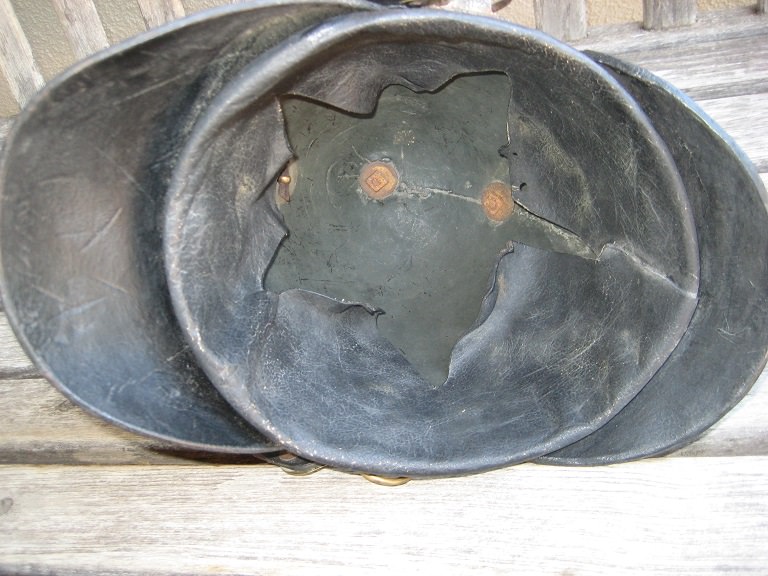 Very nice one
They look cool with sutch raupe on top

Great example of one of my favorite types of helmet!

Thanks for your comments.