OK, I wasn't going to go - but something came up and I did attend the OVMS Show in Wilmington Ohio. I joked I was as nervous as a convicted sex offender at an elementary school - I just felt completely uncomfortable as this is the first time I was in a building that wasn't my own house pretty much since March. I did the four hour drive each way and left home at 4am and was home by 4pm. So four hours down, four hours or so at the show and four hours home.

First - kudos to OVMS. They did the best possible job spreading out the tables.

Second - I will say some dealers/collectors/members didn't do so well socially distancing - but that can't be blamed on the OVMS. The hall took EVERYONE's temperature and required masks.

Third - I can see that this building could accommodate a much later show and I expect that could be the future.

Fourth - It was great to catch up with friends. I tried to maintain distance. I had long sleeves, gloves (I was about the only one with gloves) and I had a mask. Some people had face shields and I wish I had as well. I did strip down to my boxers in the parking lot before I drove home and all those clothes went straight into the washer.

If there is a November show I would go back.

Staff member
You drove four hours home in your undrwear.?

It was a fun show, and I'm very glad to have had a table there. I'll post a few photos either later tonight, or tomorrow.

I saw Peter carrying his new very large "toy" around at the show just before he left to drive back home.

Yes, it has excellent potential to be a much bigger show in the future.

"I saw Peter carrying his new very large "toy" around at the show just before he left to drive back home."

Tony without Kaiser said:
You drove four hours home in your undrwear.?

I realized I should have said I put on fresh clothing!

ww1czechlegion said:
Yes, it has excellent potential to be a much bigger show in the future.
Click to expand...

I agree. It has the potential to be a much bigger show. It is close to the National Museum of the U.S. Air Force too, which is worth a visit. Hotels will be a problem but that just means staying 20+ minutes away so not a deal breaker.

Here are some photos I shot.

My apology that some of them are blurry. I definitely am Not accustomed to taking anything except close-up photos. Looks like I need to get the hang of shooting photos from a distance and keeping the focus.

I hope you enjoy seeing a tiny portion of what was at the show.


First two photos show how Jeff & Anna were pranked on Friday evening with some of their tunics, creating a "hula girl" theme on several of them. 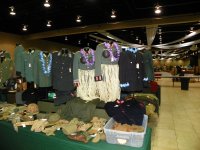 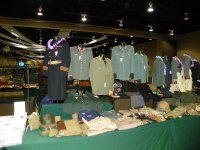 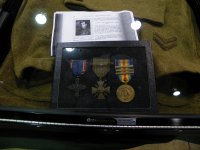 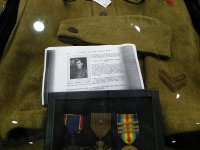 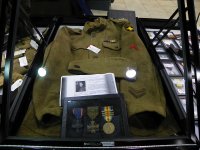 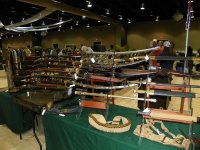 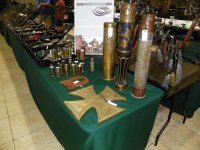 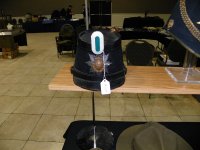 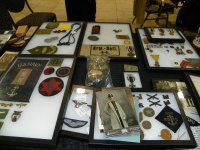 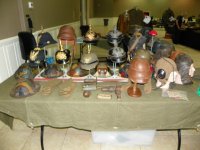 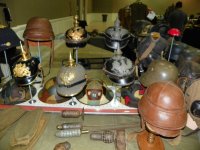 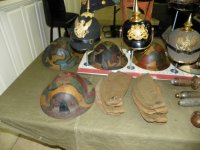 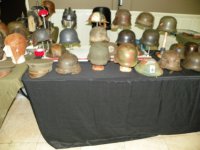 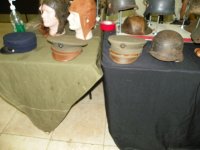 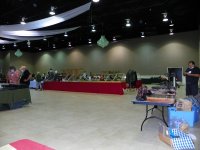 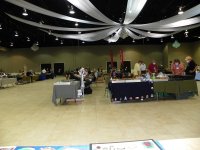 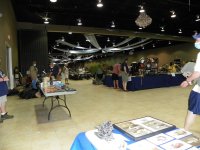 As you can see, the tables and aisles are spread quite far apart to keep the social distancing.

This is a very nice facility, and I look forward to going back again.

Love the TR Far East uniforms in the first photo. Do you know if the show was worth it for the vendors?

Do you know if the show was worth it for the vendors?
Click to expand...

I'm so glad I went and sold some stuff that I would have had to struggle to sell on eBay for what I got for it at the show. (I'm tired of the bottom feeders on eBay who constantly try to get 50% off my asking price on my "best offer" eBay listings! No one does that at a show!!!) My half of the gas was less than $50. And my share of the hotel room was only $33 for one night, and the table was $70. That was cheaper than the 15% fee for eBay & PayPal that I would have paid for the amount I sold at the show. Stayed w/friends in Indianapolis one night on the way there, and one night on the way back so as not to drive at night in the dark on way home.

I did hear that one dealer sold 20K+ on Friday. Not sure what he did for sales on Saturday. I think any dealer who was there was very happy to be there because a huge source of their income has been shut down since mid-March with all the shows being cancelled. That goes without being said for anyone who is a dealer. It's been a very tough last 5-months for anyone who tries to make a living selling and buying military items.

I'm not a dealer, but a collector who deals on the side, and currently my re-selling stuff has been my only source of income for the moment, up until 2-weeks from now when I finally start a new, good paying job, thank God. There aren't many "full-time" dealers left in the USA any longer from what I understand. Maybe 8 or 9 dealers still do this full time as their only source of income in the USA, I honestly don't know how few there are any more that work at it as full time dealers. Most of them have to supplement their income from a regular job, with the current situation going on in the world.