Hello
After presenting my German and American medical collections, I would be happy to present my third medical theme: France.

I’m richer in uniforms than I am in medical supplies.

I begin with a photo that I like very much: the feast of the Independence Day in 1918. 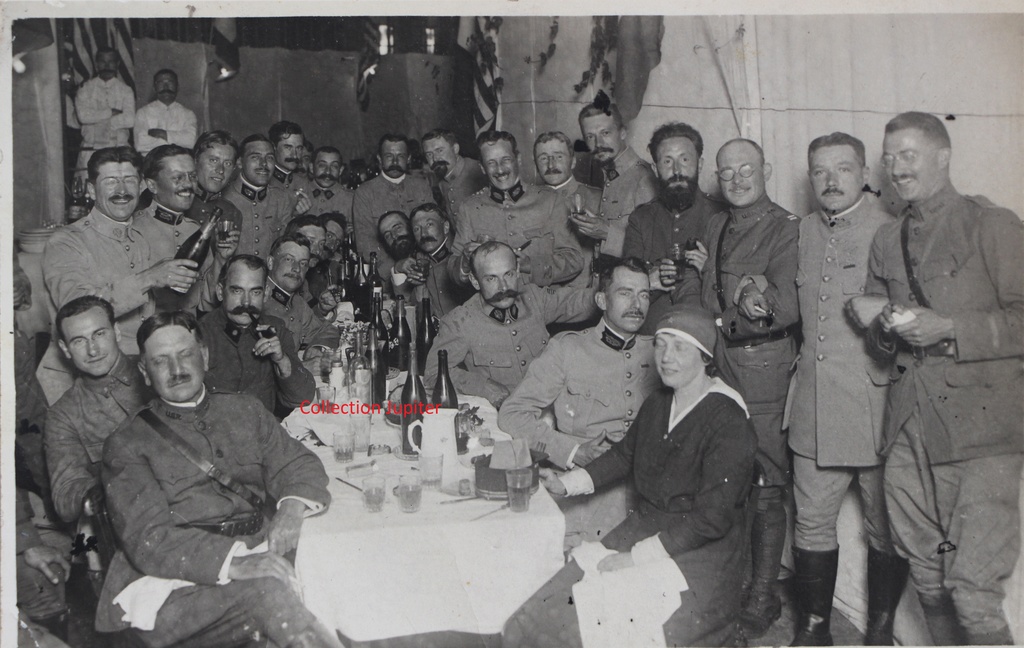 I’m going to start with the bust of a pharmacist "Aide Major" 1st class. He’s not registered 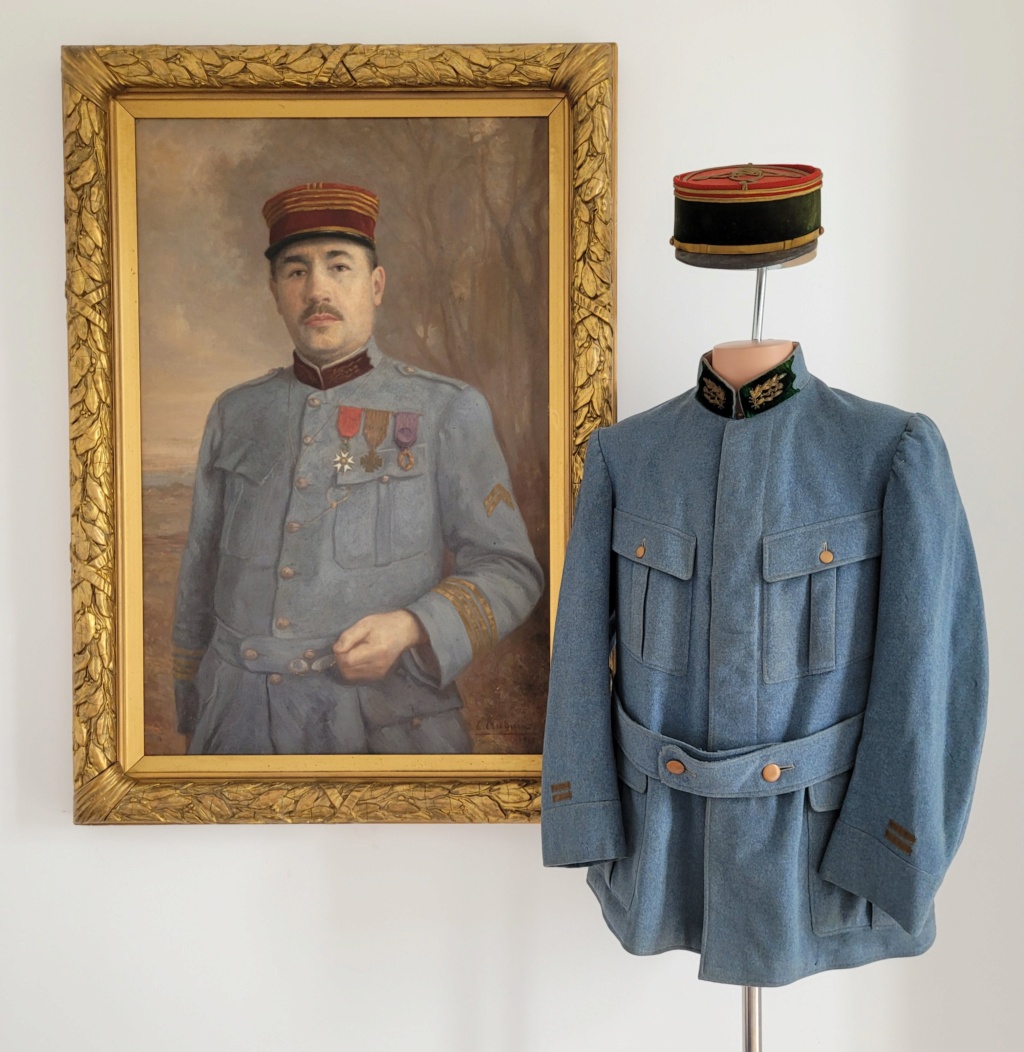 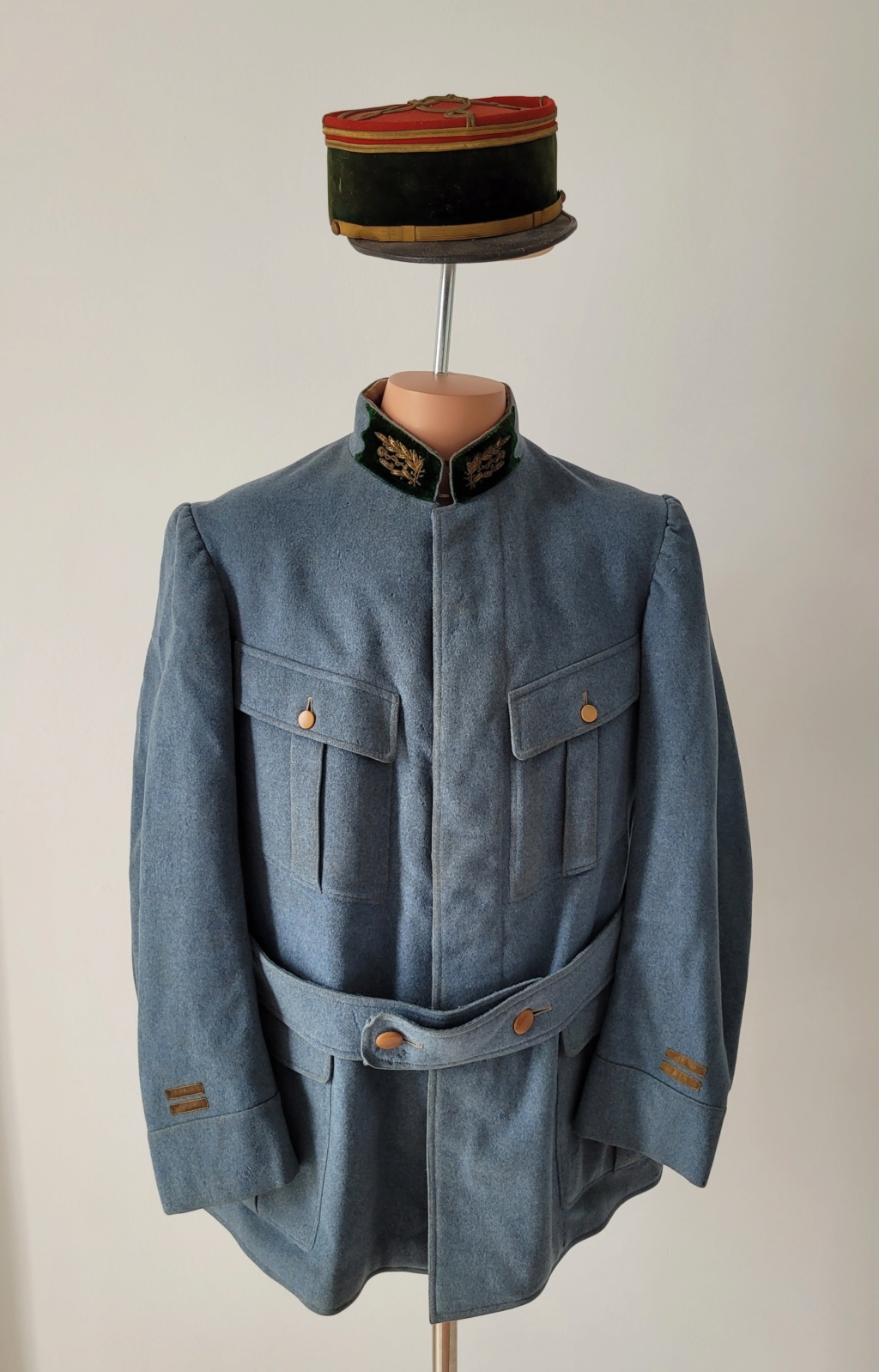 Next to the bust, a large table of the doctor Major 1st class: Alphonse François Louradour, doctor of the 129th regiment and he will be the director of a hospital in Angoulème. 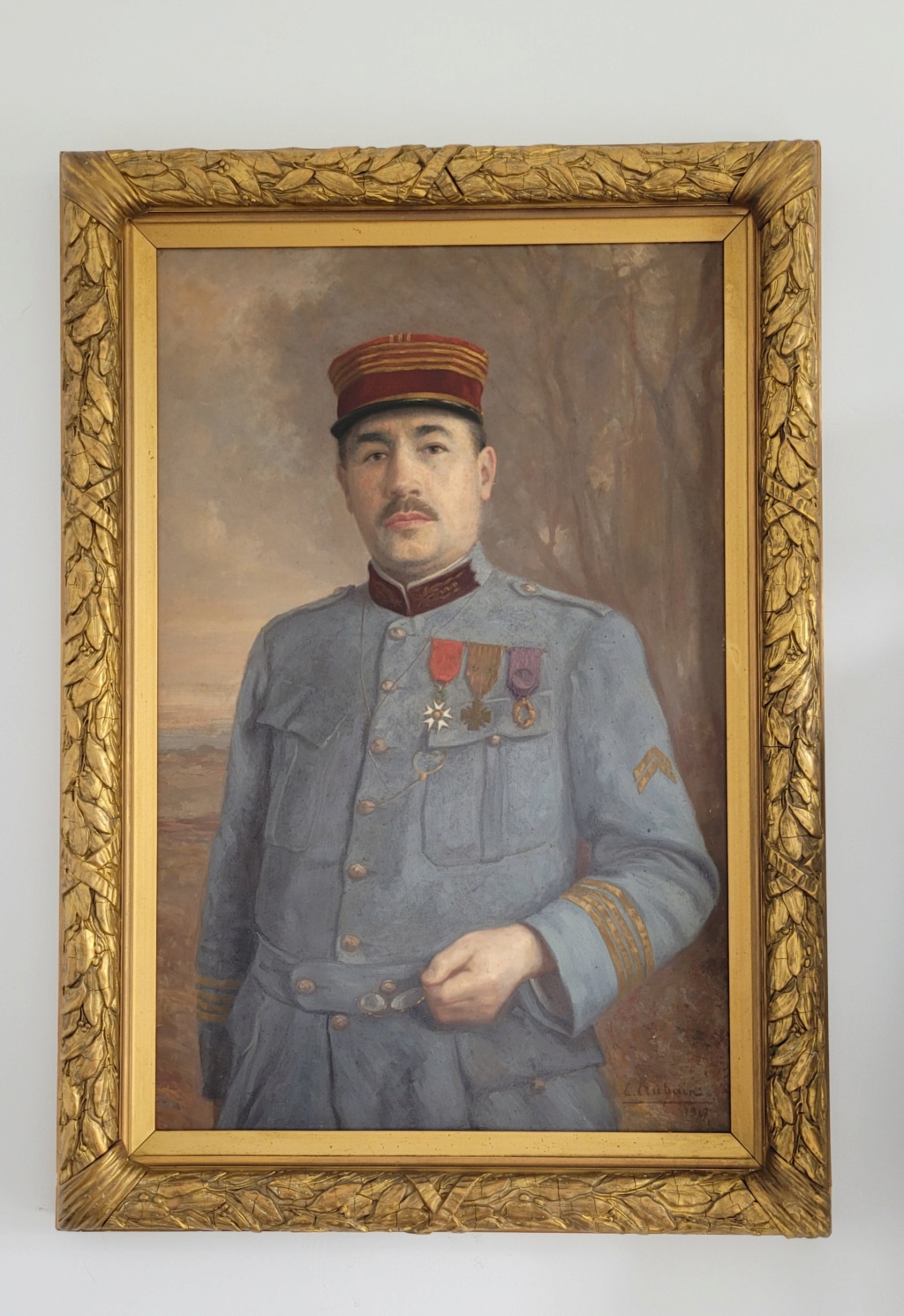 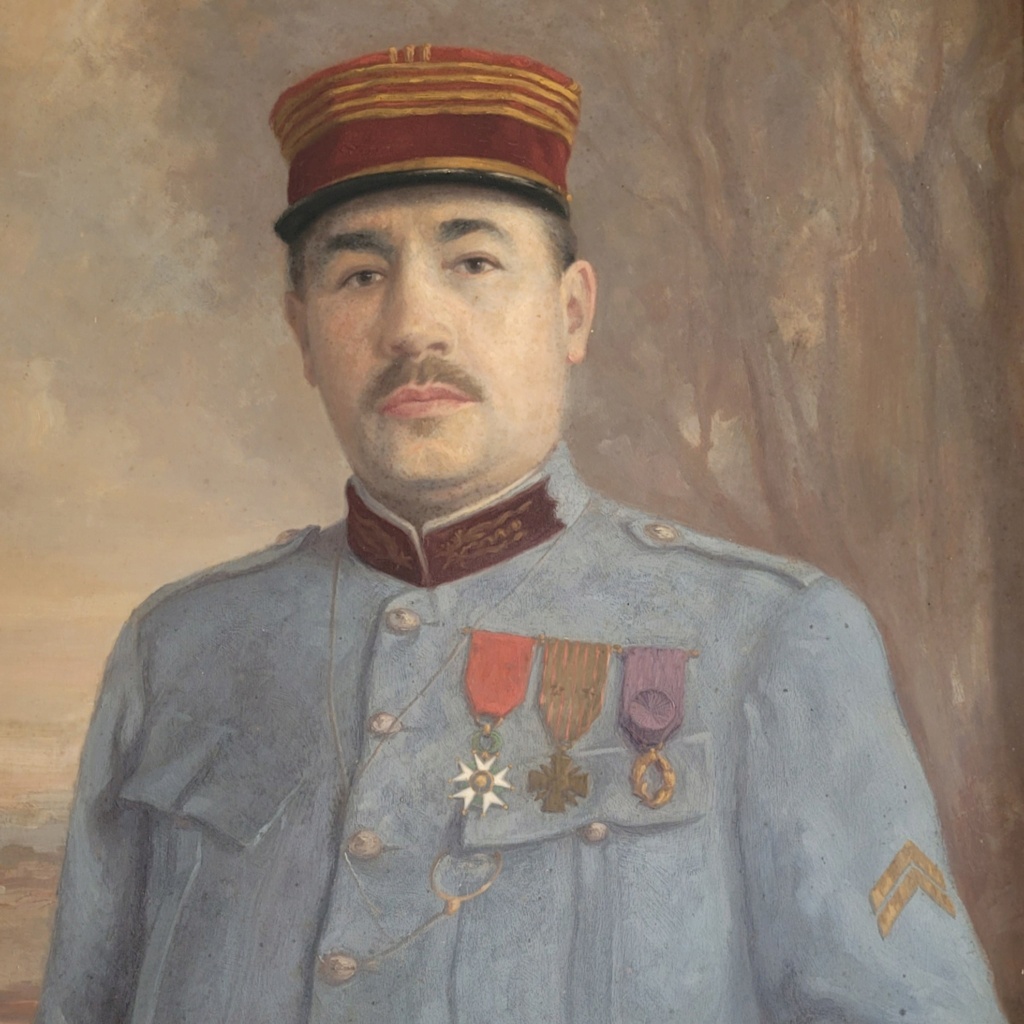 I present to you a set of a major medicine of the second order. It is not nominative

I made two representations: on the back and on the front

beautiful end of war jacket in TTBE,, tailor made modified by addition of epaulettes, 5 brisques of presence at the front, blued buttons, 3 expectations for decorations (not ceded with) tailor label, superb collar legs for a doctor of 1917/1918. very nice jacket. Good size. 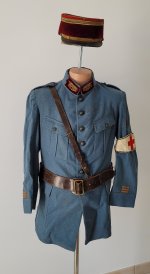 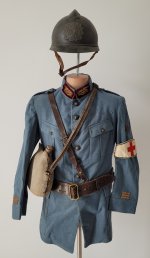 Now, I’m going to show you some jelly-o jackets from the Dardarnella/Eastern Front war.

Here is the medecin jacket Major 1st class: Georges Louis BOISNIER (1891-1921) who died of an illness 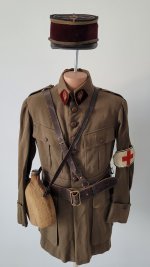 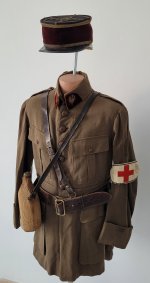 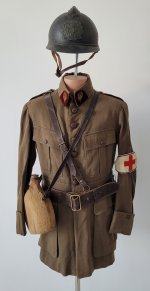 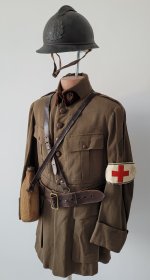 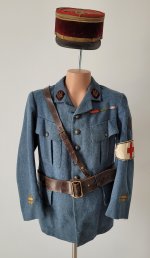 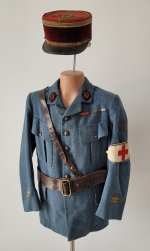 His role is to train doctors to work in hospitals. He manages logistics and medical supplies 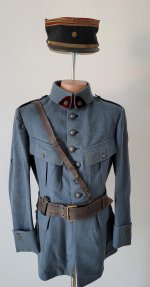 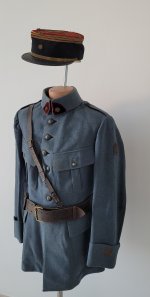 I end with a pharmacist’s end-of-war jacket 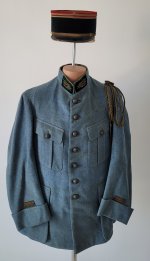 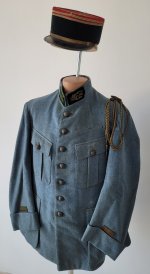 Staff member
You have an amazing collection, truly world class, thank you for taking the time to post these photos!

Excellent, thanks for sharing!
Cheers,
Dennis

I admire your 3 collections! These are really museum worthy.
It must have taken you ages to accomplish this!

I am very happy that you like my medical collection. I have not shown everything and I still have other surprises...

I had put aside my collection of spiked helmets at the time to tackle the medical which was not much sought after at the time.

In France, we were 3 to collect the American medical and 10 to collect the French medical... I was able to buy the parts at low prices and without competition....

Unfortunately now there are more and more medical collectors and coins are very rare: price inflation....

I will tell you the story of my painting ( my grail): For many years, I was looking for a doctor’s chart with a blue horizon. When I saw this painting (despite its large size 120cmX80cm), I did not hesitate to take it from an antique dealer and I had the layer of dirt that hid the colors cleaned. Also I had the gilding of the frame (art nouveau era) restored to restore its former splendour.

I was lucky that this table is nominative and there were also two nominative cadres: the doctor major 1st class: Alphonse François LOURADOUR. 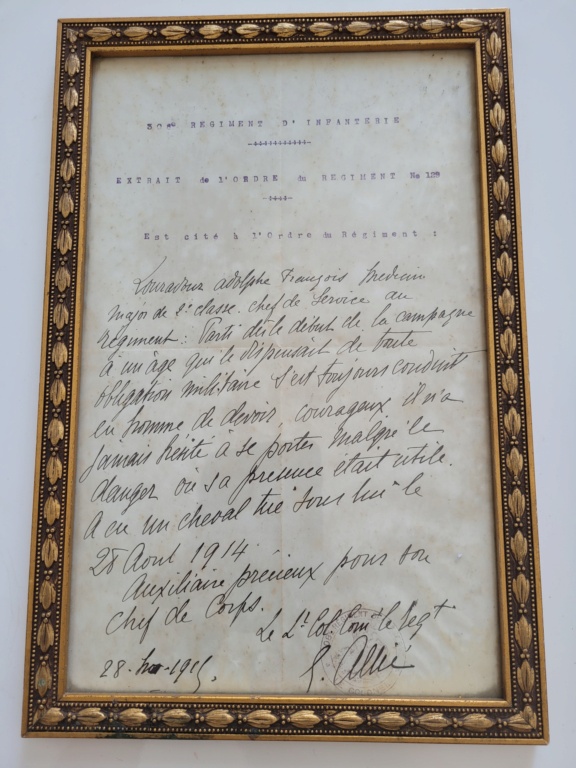 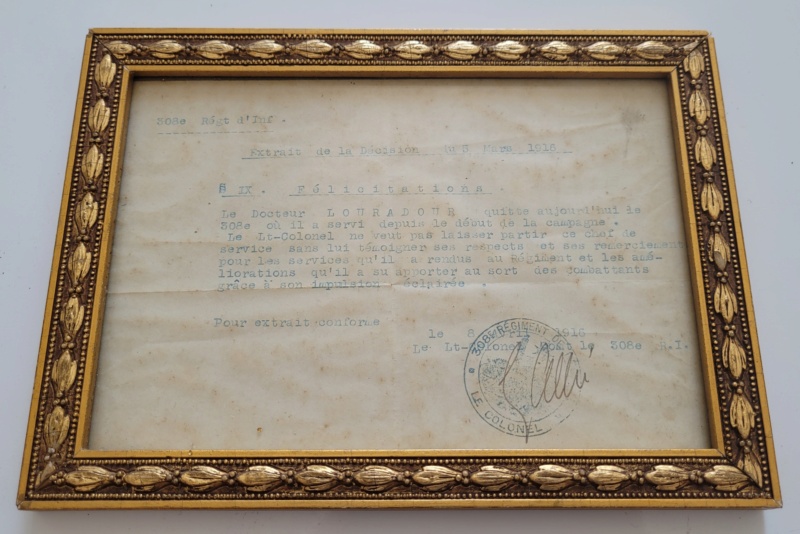 Despite his age, he was recalled to the activity on August 2, 1914 as Medical "Aide Major 1st class" ( lieutenant ) reserve in the 318th infantry and had a horse killed under him on August 28.

He was promoted to Doctor Major 2nd Class on 7 March 1915. He was posted to several regions and applied for his transfer as chief medical officer on 22 August 1916 at the Angoulême national blowing snow. We will find several battalions of Indochinese riflemen in the Angoulême blowing snow. 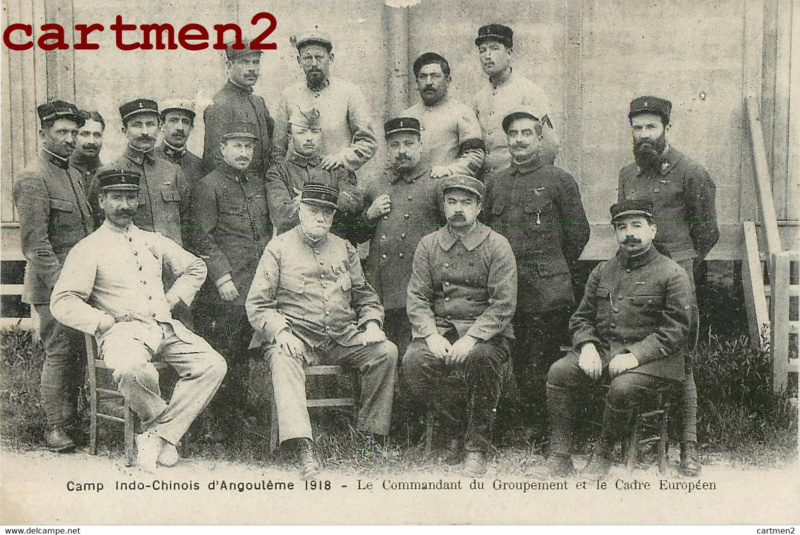 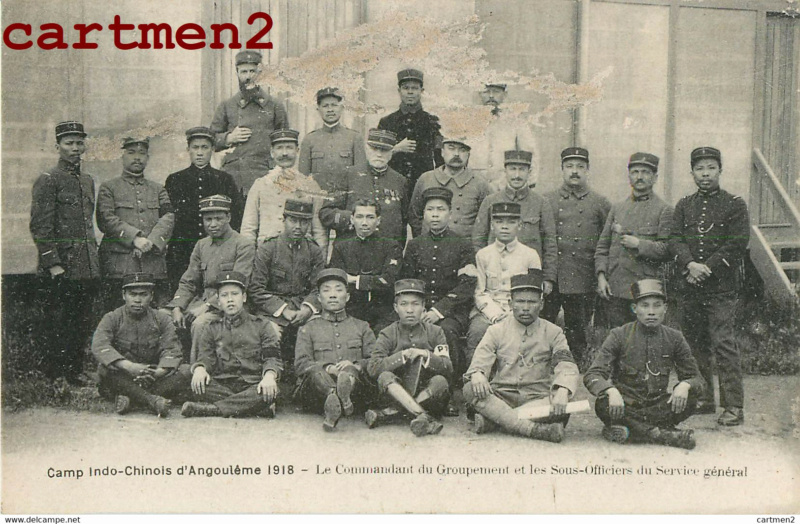 In February 1917, he was made a Knight of the Legion of Honour.

On August 5, 1917, he was promoted to the rank of Medicine Major 1st Class and from that date the doctor had this painting made and it was in my possession.

Here is the details of the Leonore Base 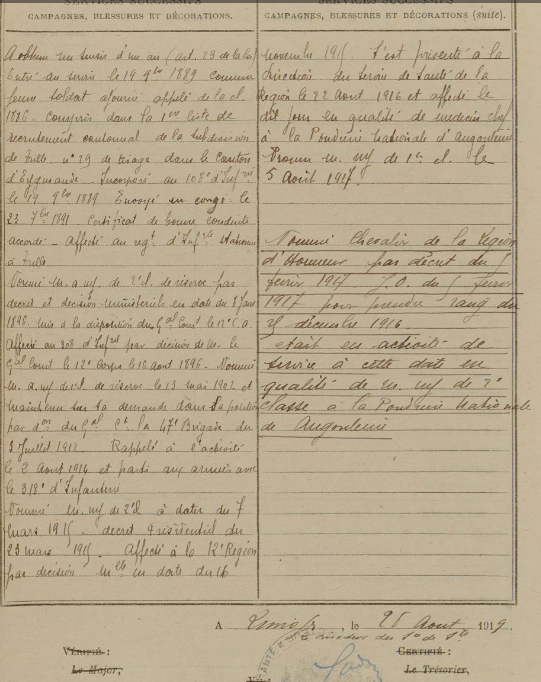