This was an out of the blue find for me. I had read that the Greek Navy used a sun helmet in the early 20th century and I saw one at the Athens War Museum and never expected to own one. This showed up on eBay of course!

it is a wicker helmet and is of the type used by the Greek Navy circa the Balkan Wars or the First World War. I don't think many of these were produced. I'm rather pleased to have found it. 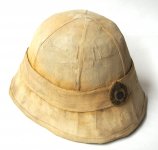 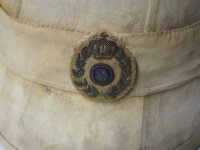 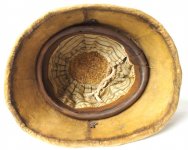 Nice, thanks for sharing.

Staff member
That is very cool, congrats Pete! I am wondering if that bullion wire badge suggests officer??