A while back Chas wrote an excellent thread comparing a Schultz & Holdefleiss JzP helmet and a Herman Weissenburger JzP helmet. I tried to add to that thread but apparently I tried to add too much because it just stopped typing mid sentence.

Here are two additional manufacturers to add to the list.
The first is a C.E. Juncker 1916. The body of the helmet is chemically treated and is a deep blue in color. The fittings are a matte silver in color and appear to have a German silver, or some other nickel alloy, wash. 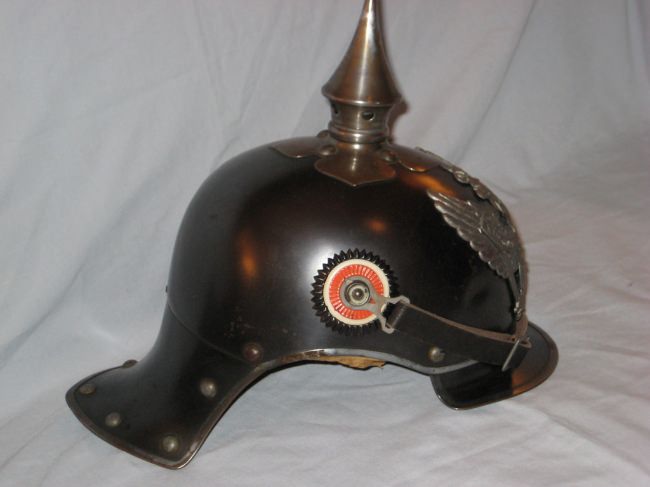 The second is a Damaschke 1916. The body of this helmet is chemically treated also but is more black than blue in color. The different metal parts on this helmet have also retained the black color differently. The fittings are oxidized gray metal, not painted, and they retain their original finish. 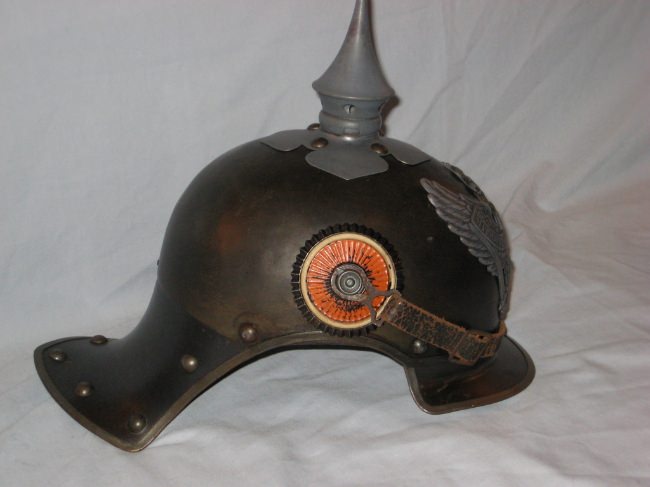 In a side to side comparison the differences in shape can be seen. The tail of the Damaschke is turned up much more than that of the Juncker. The Kokarden are different sizes, but this is of no consequence, both of these helmets can be found with either the 63mm Kokarden or the 48mm Kokarden. 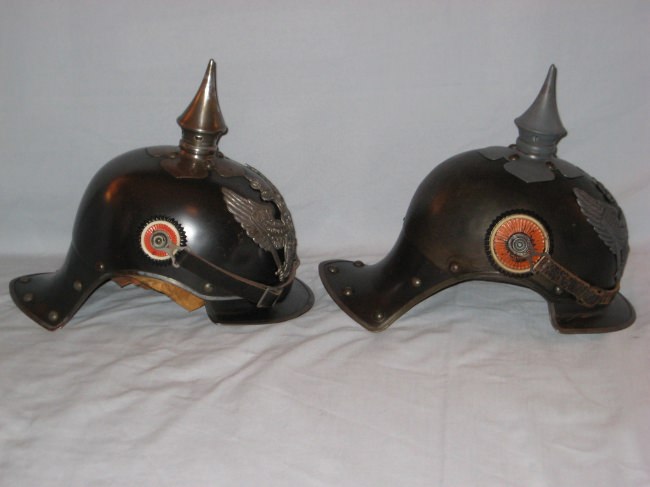 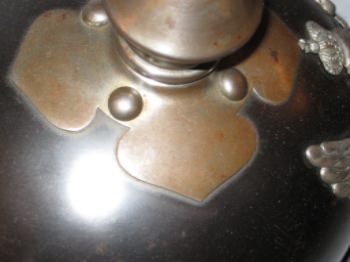 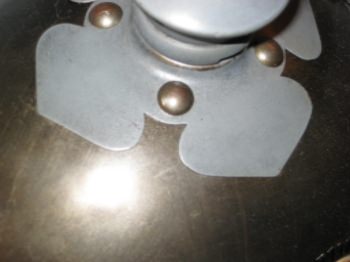 The "fit and trim" of the Juncker is far better than that of the Damaschke. At first I thought that the Damaschke had been repaired by having the tail re-riveted but there are no signs that the original rivets had been removed. This fit and trim issue could be caused by having excessive weight applied to the top of the helmet or force applied upward on the tail. 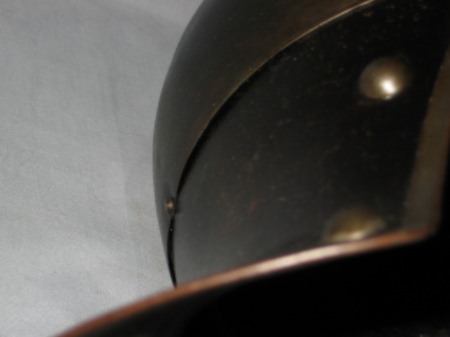 The liner of the Juncker is extremely thin and is not dyed. The paint on this helmet has noticeable drip marks where the paint ran while drying. 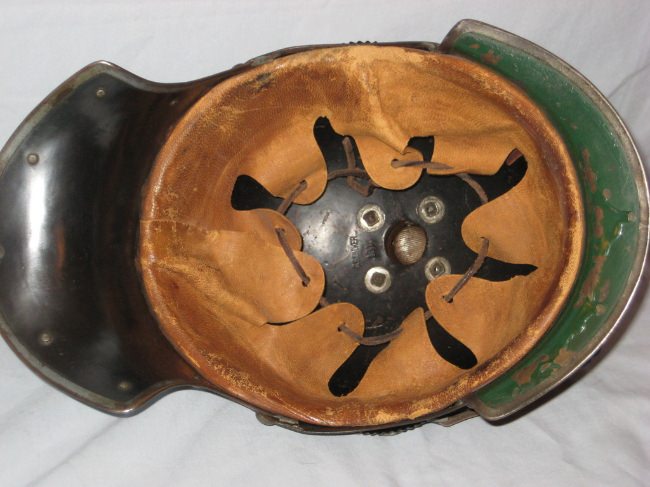 The liner of the Damaschke has been dyed black but is still extremely thin. There is a period repair on the liner where the leather is very thin. There is no rip in the liner so this patch may have been sewn in by the manufacturer to guard against a future problem. The paint on this helmet is more "finished" and shows no signs of drips. 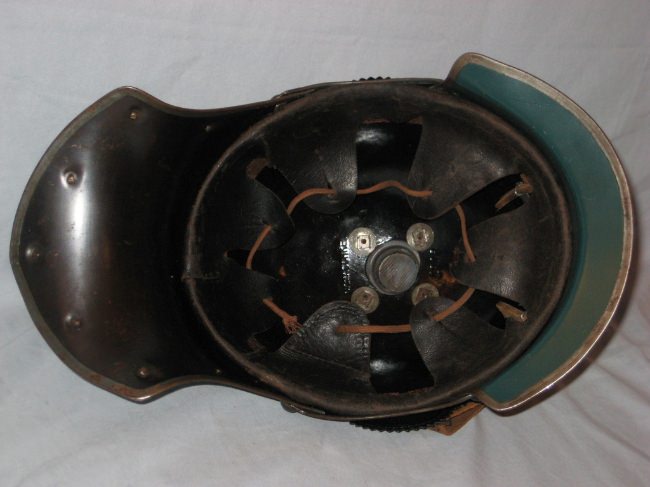 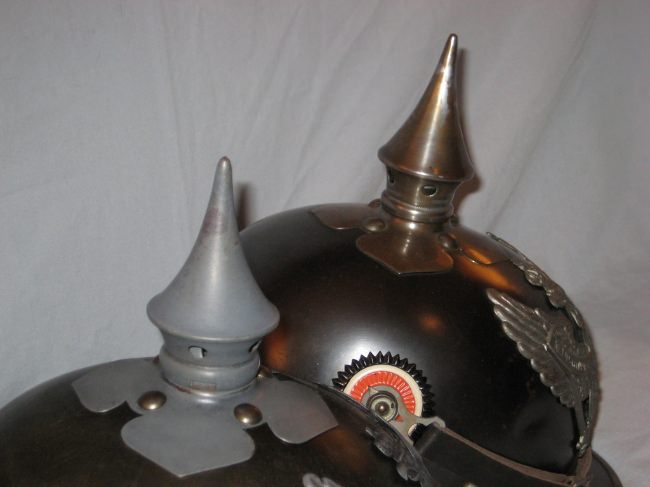 The most startling difference in these helmets is the shape of the Wappen. The Juncker Wappen has a longer neck, thinner features, and a gentle curve, ")". The Damaschke Wappen is short and stout. There is no curve to the shape, "I", the neck is considerably shorter, and all of the features are thick. 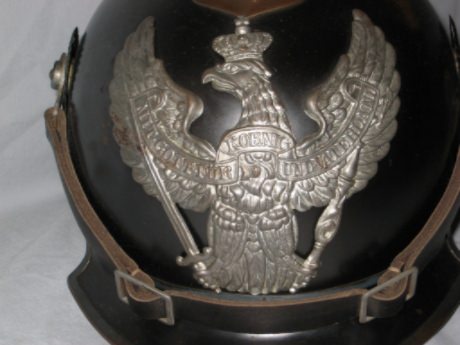 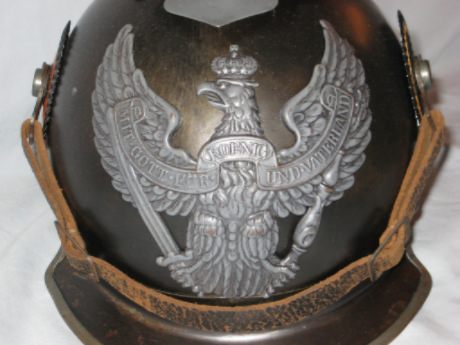 In a side to side comparison the differences in sword thickness, neck height, and curve can easily be seen. 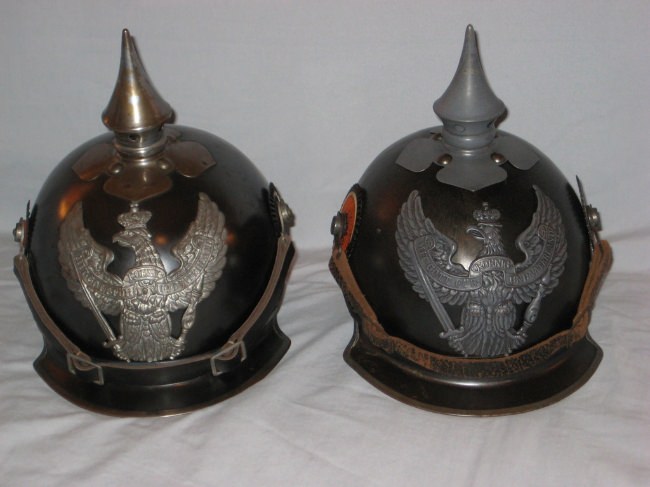 Lastly, the shape of the skull is different on both helmets. The Juncker has more of a rounded head design while the Damaschke is more elongated. 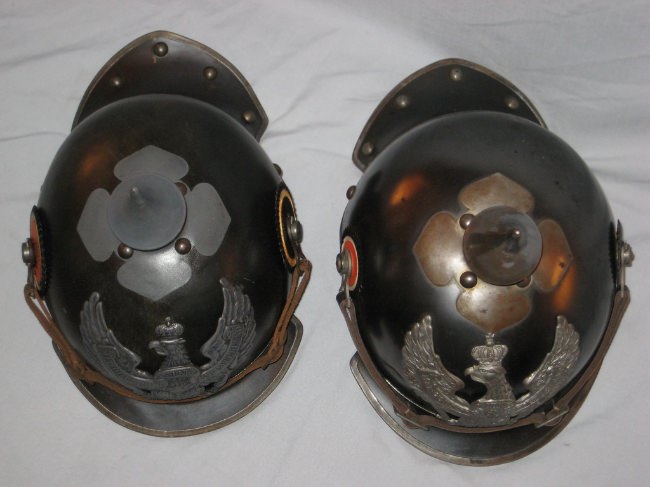 Only by placing two helmets next to eich other you can find diffrences ,thats why it is a pleasure , as i only collect one of eich ,to look and learn of this thread

Great of you to do a comparising study on those helmets

Excellent comparisons! Are either of the helmets marked to a specific regiment?

JzPf said:
Excellent comparisons! Are either of the helmets marked to a specific regiment?
Click to expand...

No, neither helmet has regimental markings.

Happy to see the fotos back with those posts
Now we can enjoy looking back to the fotos instead of those hidious squares
All hail to picorator :notworthy:

Really enjoyed that ! Thank you for your time and effort Sir .

Staff member
Great to have those pictures back, thank you John.

b.loree said:
Great to have those pictures back, thank you John.
Click to expand...

And another try.
Maybe they will stay this time.

Any known examples of JzP M1915 helmets that were produced with no makers markings?

I recently ran across a shell with no markings beyond a "58" (the size) on the neck guard.

yes, I recently sold one at SOS with no makers mark, just a size mark, also a M15

A couple of makers used a metal tag that was held on by one of the spike base studs. They could be removed if the stud nut was taken off. One maker (probably more) used a paper label in their metal helmets.
I would not think it unusual to find an M15 JzP without a maker's mark.