Dear friends,
I’m very proud to share my new addition to my collection with you…
I was looking for an officer's Tschapka for several months and so I was very happy to find this beauty…hope you‘ll enjoy

The Tschapka has a high lid with a solid structure. In contrast to the helmets for enlisted men officer Tschapkas have no ventilation holes on the sides of the lid neck.

The surface of the whole helmet is beautiful preserved. No crackles, no flaking, just a few light scratches. It doesn't seem to have double holes. But I haven’t loosen the bolts, because they all but one look untouched. The split pin of the left chin scale is the only one with old scratches. It doesn't necessarily mean that it was loosened before, but it can't be ruled out. The liner tarnishes the picture a bit. It is intakt, but it shows signs of wear and is a bit dirty. 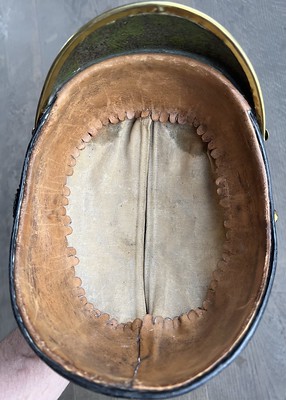 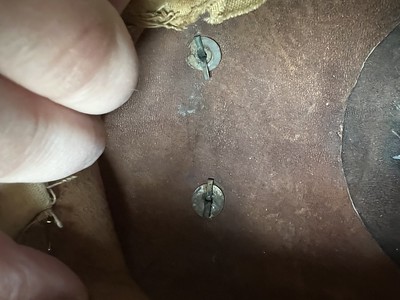 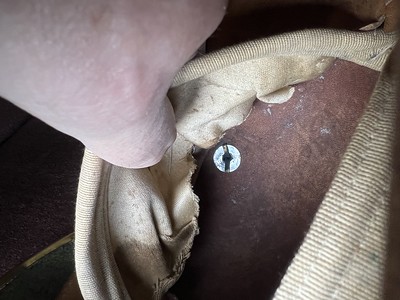 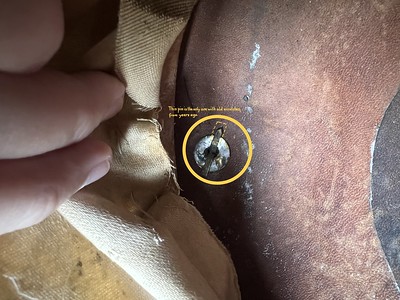 The Bavarian plate with its frosty gold plating and polished edges is in wonderful near mint condition. Also the chin scales shines beautiful. Because of the Bavarian M1914 plate and the metal parts, I guess the helmet was made in peacetimes of 1914. Characteristics for a M1914 are the smaller size than the M1886 plate (approx. 110mm x 145mm (height x width) and that it has no vine tendrils below the oval and between the lion's legs.

(Please have a look here: Kaisersbunker.com - Informations about Bavarian M1914 plate)
Unfortunately the helmet doesn't have any notes or a name inside, so a research for a former owner is not possible.

A few words about the history of the 1st Bavarian Uhlan regiment:
The regiment was set up in Dillingen and Augsburg on December 21, 1863 on the orders of King Maximilian II., but in September 1872 it was transferred to Bamberg.
In the short period between 1864 and 1865 it got several high noble regiment owners and honor names: In May 1864, Ludwig II. of Bavaria became the owner of the regiment and it was named the 1st Bavarian Uhlan Regiment "King Ludwig II.", but just a few month later, in July 1864, the ownership changed to Grandduke Nikolaus Alexandrowitsch of Russia and it was renamed to "Grand Duke Nikolaus". In April 24, 1865, however, after the early death of the Grand Duke, it was renamed again to 1st Bavarian Uhlan Regiment „vacant Grand Duke Nikolaus" from the same day.
The regiment fought in the war of 1866 against Prussia without great success, but with greater glory in the Franco/Prussian-War of 1870/71.
On July 17, 1871, Crown Prince Friedrich-Wilhelm of Prussia became the owner of the regiment, and it was called the 1st Bavarian Uhlan regiment "Crown Prince Friedrich-Wilhelm" from that day. After his accession to the German throne on March 9, 1888 the name of the regiment was immediately updated to "Emperor Friedrich III., King of Prussia". But, as is well known, he died only 99 days after taking over the throne, on June 15, 1888. That’s why on June 19, 1888, his son and new German Emperor Wilhelm II. was appointed the new owner of the regiment and it was renamed a last time to 1st Bavarian Uhlan regiment „Emperor Wilhelm II., King of Prussia ”.
It was one of the more noble regiments of the Bavarian army, beside of the Leib-Regiment and the heavy cavalry. It had an above-average proportion of noble officers (members of the Egloffstein, Guttenberg, Stauffenberg and Wittelsbach served in it), that’s why it got the nickname „Champagne-Ulahns“.
The regiment entered World War I on August 3, 1914 with a strength of 33 officers, 654 Uhlans, 729 horses and 19 vehicles. During the war it lost 16 officers, 17 NCOs and 191 enlisted men. 17 men were missing, 4 NCOs and 29 enlisted men were taken prisoner.
After the signing of the Versailles-Treaty and the transfer of military sovereignty from Bavaria to the Weimar-Republic in 1919, the regiment was disbanded.

Congratulations Sandy! A very nice Tschapka, and a very nice addition to your collection.

Thank you Coert I‘m really happy with it.
Btw, If anyone knows where to get a Bavarian Field sign for officers, I'm happy to hear from you.

Finding an example in such beautiful condition is a real achievement, well done Sandy. Love the moustache by the way!

Thank you all for your nice comments. I‘m really happy with it
It took months to find a Tschapka in a nice condition. Unfortunately the Feldzeichen is missing. The seller offered me a suitable one, but the retaining wire had already broken off and you could see that it was "repaired" with superglue. His price was too high for a „repaired“ one and I decided not to buy it.

Beautiful piece Sandy...gorgeous shape...but reconsider the Feldzeigen because an original piece don't come on the market often...If you can't see the repair than it's better than no Feldzeigen at all.. You can always sell it if a better Feldzeigen comes along..

I love it, great looking piece!

2nd.Leibhusar said:
Beautiful piece Sandy...gorgeous shape...but reconsider the Feldzeigen because an original piece don't come on the market often...If you can't see the repair than it's better than no Feldzeigen at all.. You can always sell it if a better Feldzeigen comes along..
Click to expand...

I agree with Sander on the Feldzeigen. Originals are very hard to find.

Thank you all.
And you are right Sander and Coert, I will follow your advice and change it when I will find a better one. Thank you friends

Beautiful helmet .
That looks like a very tall neck to the motor board
It would take a special Rabatte to fit that
but a lot of collectors do not want to have them to parade
Steve

a real beauty, and indeed the neck seems to be very long making it very tall, like it.

Thank you gentlemen!
@ Steve: There are 2 Bavarian Rabatten for sale at weitze.net. I'd really like to buy one to see if it's fit, but he asks for 1750€
If I see one at auction I'll try my luck, but not right now because this helmet was expensive enough

Sandy ;
Years ago a collector friend of mine ( J P ) collected only officers helmets
of the rare hard to find regiments .When he had Uhlan officers he always
wanted to complete them to parade .That was back in the 1970's & 80 's
Back then he would pay $ 1,000 U S dollars for a Rabatte if he needed it
The price seems to have gone up 1750 Euro is about $ 2,000 U S dollars now .
Back pre 1992 I had both of the Bavarian Uhlan officers to parade .
I traded one of them towards a Prussian Landwehr flag .
best of luck on your mission
Steve

Congratulations Sandy! This is a very nice item.There is nothing more beautiful than a ulanka with a tschapka.

Sandy
It looks like a great addition to your collection.
Best regards
John

Thank you Steve, Wojtec and John.
Wojtec, that is a beautiful set, thank you for sharing. And Steve, thank you for these informations. I didn’t know that these are really that expensive, because I have seen often that weitze buys an article and just offers it twice as much.
But I can’t buy it at the moment anyway. The helmet wasn’t cheap and I would probably buy another helmet for the money, I think.

My collection is not very big yet, and there are still a lot of helmets I want to have