The first thing you should all know about the Fort de la Pompelle is that the opening times advertised on the Riems tourist board site are wrong. That's right, I visited a closed museum!

After waiting years for this opportunity and then spending 60 Euros on the train from Paris and 25 Euros on a taxi from Reims (the fort is in the middle of nowhere) I found it was closed... and the taxi had gone and left me there.

There's nothing near there, no bus stop, no shops, no cafe, no houses... nothing.

Before starting the very long and unattractive walk back to Reims I took a stroll around the fort. There's a couple of artillery pieces outside and a memorial to the Russian legion on the Western front.

But round the back of the fort (on the East side) on some waste ground in thick bush I came across something far more interesting... holes in the ground about two metres deep, separated by a few meters each. Lots of them. They'd been dug. Then I found a long hole that lead to a larger hole with rotting timbers and old corrugated steel sheets across it. There was bits of rusty barbed wire around. Then there was a long ridge of chalky earth running roughly North-South. I was in the ditch on the West side. When I climbed the mound I had a clear view for miles to the East across a field speckled with poppy flowers.

I've never seen this stuff for real before. It was a proper First World War trench system!

It's not looked after or preserved. Experts like Pierre probably know its there and I guess the museum knows too but it didn't look like anyone else knew or had been there recently.

Despite not having got to see the museum's reputedly amazing collection of 560 Hauben (including half a dozen East Asians and the only existing Cameroon Suedwester I've heard of- that alone made me consider breaking in to the closed museum for a second- if I'd had a P08 and a couple of stick grenades I reckon I'd have stood a good chance!), but I really wasn't disappointed with the trip. A real untouched Western Front trench line was in some ways far more than I'd hoped to have found...

I had a good wander around, being careful not to go anywhere that looked completely untouched- I didn't fancy being the first person to discover a new landmine... then went back to the fort. There were a few other disappointed tourists milling around and very kindly one of them offered me a lift back to Reims... he also recommended I check out Reims Cathedral where the French kings were crowned and dropped me off there. What a kind soul!

And he was right, the Gothic Cathedral is very impressive too. Then I found a bar called the 3 Brasseurs that serves their own brewed beers, instead of choosing one to try their menu suggested trying them all at once. So I did...

All in all a great day out!

Even so I'll probably telephone them before setting off next time...

All in all, it sounds like you had fun Chris; can't wait to see the pics!

Let's put it this way, had the museum been open, you would've probably never (1) seen the trenches, (2) blown a couple of original WW1 land mines, (3) visited the Reims Cathedral, and best of all fter such an exciting day: (4) tried Les 3 Brasseurs... We have this in Montreal too and I hope you tried their sausages along with the homemade beers? In an ideal world, Laeticia Casta would've been at the bar to greet you wearing that Cameroon Suedwester you mentioned

but I guess the guy who gave you the lift was driving one of those typical ('huge') cars (Smart) with not much of a trunk to carry back some 'souvenirs'...
Cheers!
Ronny
Top

You're right Ron, it was a great day. And I still get to look forward to seeing it one day when it's open! 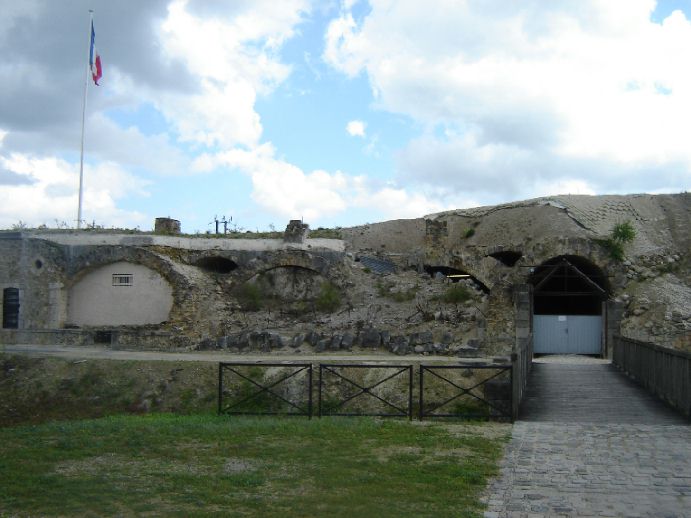 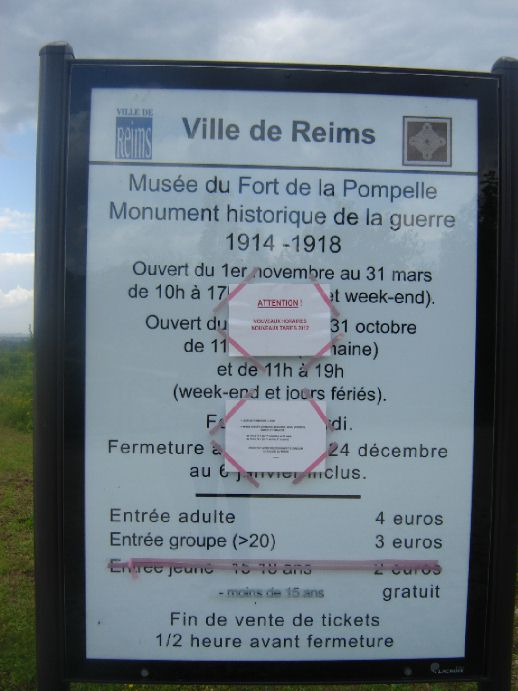 Artillery piece at the front of the Museum- 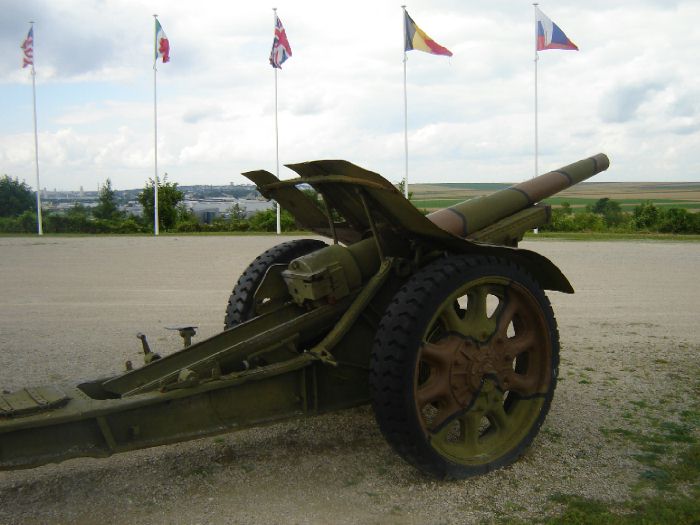 Then around the back of the museum in the undergrowth, strange holes in the ground-

Looking into a dug out- 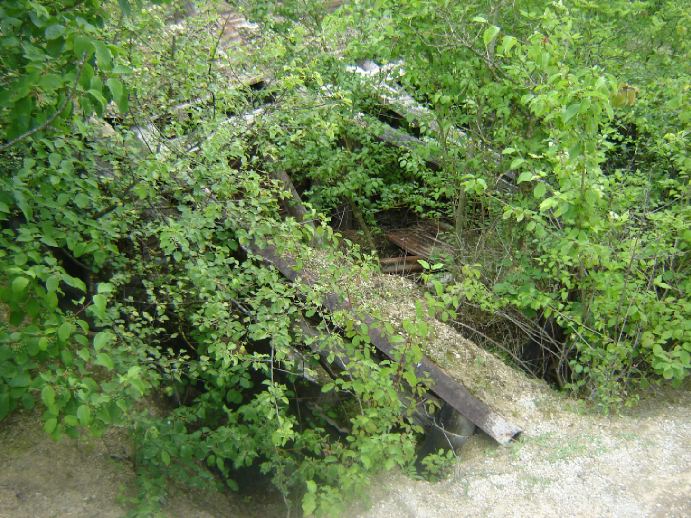 Rotting timbers of a dug out- 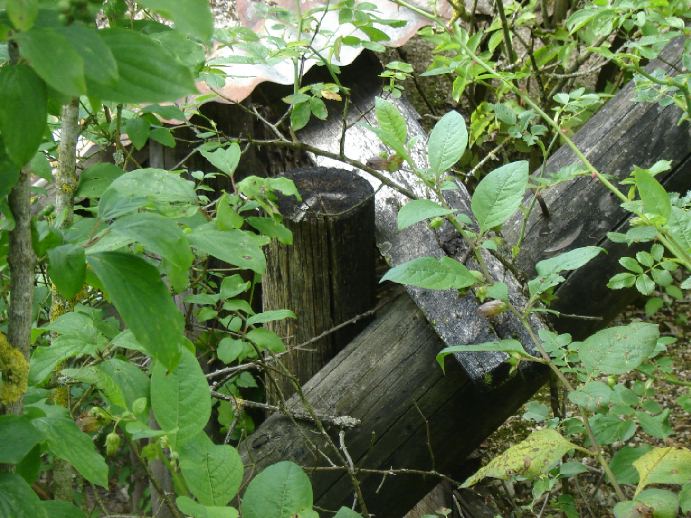 Bottom of the ridge- 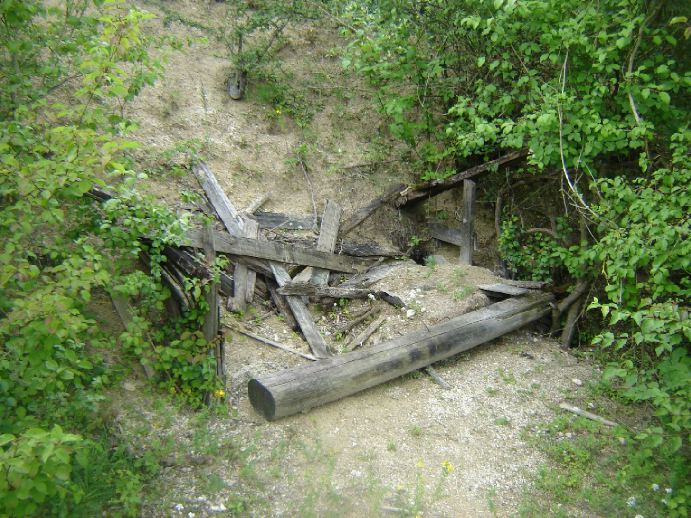 Poppies in the fields-

Then later, trying them all at once.... 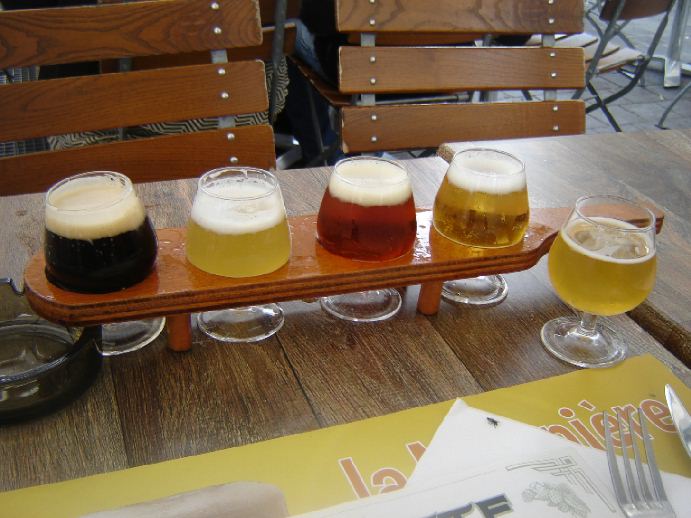 Chris,
Looking forward to see your pics !
Les 3 Brasseurs. (The 3 Brewers) Hope they sold you some "real" beer...

...Belgian Beer is the best in the world.

So are our FN Small Arms...

Thanks for the warning.
Rgds,
Francis
Top

It certainly is a pity that you did not got to see the fort with its magnificent collection of haubes, although a original WW1 trench system is nice alternative. Were you able to figure out whether this was a french or a german trench system?

As drinking water was generally unhygienic, beer became the replacement drink and its major nutritional properties were touted. Despite the cost, alcohol consumption remained high and a culture of public houses developed. Employers generally discouraged workplace drinking and eventually helped to enforce laws regulating the purity of water and soft drinks. Between 1899 and 1913, records reported a 25 percent reduction in the consumption of alcohol. Both city administrators and employers were trying to improve conditions for a shifting population. 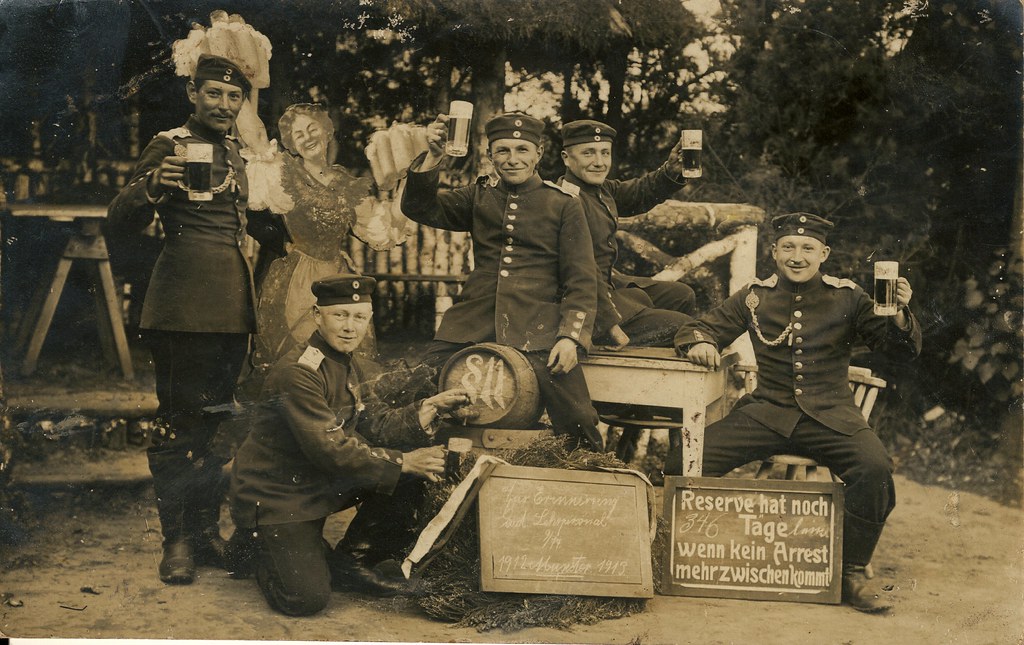 ps1480 by joerookery, on Flickr
VR/Joe
www.pickelhauben.net
The British philosopher and historian R.G. Colligwood said, "it is not
the facts that are interesting in history, but the questions and their
answers - and these can never be fixed.
Top

I still can't work out why my photos won't appear on this page... never mind I've made a quick web page with some of them-
http://www.germancolonialuniforms.co.uk ... s/fdlp.htm" onclick="window.open(this.href);return false;

Let me know if that works...

I think it was a French trench system, Edwin. It was on the East side of the fort with dugouts behind a large ridge all facing East...

Went there yesterday !
Every year; from know on; I have to go and visit (according to "the Missus' " orders....) Not up to me to argue

I still have questions about the way this great collection sits on the shelves. The stitches of visor and neckguard won't last for ever.
I would love to help displaying it the propper way and to cooperate in a publication on the collection. In fact: the J-L Larcade is mainly based on the La Pompelle collection. Why change it. The Larcade books have mistakes. I still would like to see a publication that detailed. For most of us the two Larcade books are the standard where collecting begins.

Perhaps with the help of our French members something could be done...

Glad you visited on an open day... I will also have to go back there every year- until I find it open!

I managed to get my photos working in the thread above, hope you like them.

Did you take any photos, Francis?

Chris,
Great pics ! I'm amazed about the state of the wood and the barbedwire. Thank you.
Of course the poppy is the symbol together with "le bleuet"-the cornflower for the French.
I took a lot of pics. Posting them all here would mean a repition. I did my best to select some.
The first pic is not near Reims (its from Sissonne Soldaten Friedhof)

Helmets for the troops of the Ostasiatische-Besatzungs-Brigade (China): the one to the left is for this Brigades Jäger zu Pferde Eskadron. (the Hunting Horn on the Wappen) Larcade Vol II Page 81.

Nice pics and the collection at Fort de la Pompelle is certainly impressive. Its too bad that most of the helmets seem to rest on their visors and are not supported from the inside.

Best regards and thanks for sharing,

Indeed Francis you were right, they don't seem to know how to properly display their little treasures!

Thanks for the nice inside tour that properly completed Chris's outside stroll... and cool 'mugshot' as usual!

....until now I was quite happy with my wasted visit but now I see the inside a bit better...

East Asian JzP? JR117 9. Kompagnie? Is there anything this place doesn't have?

More motivation for me to get back out there for another try...

Thanks very much for sharing them Francis!

The Mecklenburg helmet is truly impressive because of the bullet hole, which emphasizes the reality of war very well. I feel sorry for the owner who probably got shot.

edwin wrote:The Mecklenburg helmet is truly impressive because of the bullet hole, which emphasizes the reality of war very well. I feel sorry for the owner who probably got shot.

This Mecklemburg helmet was a gift from an old lady to the museum. This used to be acknowledged by a paper tag. I do not know if it is still present.

Hello Gents
Incredible would love to visit one day thank you for showing the wire shown is German btw.

I visited the museum in late Spring of 1980. It has been reorganized since then. When I was there, the humidity in the chamber was awful and many items had mold on them. It was apparent that things had been neglected for some time. There was some improvement when things were reshuffled, but as mentioned, the display techniques have not been improved. The helmet collection, for the most part, came from one collector. One has to wonder what he would think about how it is being handled now. Such rare things should deserve better treatment.

I've not yet been to this museum or Reims (both are on the hit list) and the photos are all great! Now, about beer.... Having sampled beer in several countries, I have to say that I've never found a 'best' beer. For a while, it was Ettaller (spelling?) in Bavaria, then Potts Landbier in NRW. However, there are dark, strong ales in Scotland and pale ales in Belgium that are also wonderful. Quite frankly, I've found great bear in every country I've traveled in. Usually, if you try the locals' favorite you're never disappointed!

I have the solution for the humidity problem in La Pompelle , just bring all those beauties over to my place an I’ll treat every visitor to some of our best Belgian beers ... like Westvleteren ,rated the best beer of the world in 2012.

Spiker wrote:like Westvleteren ,rated the best beer of the world in 2012.