Could anybody help with ID for this item?
Is this tornister german?

Nice find Leone,
No idea on the stamps ?
Thx for sharing
Francis. ?
Top

I have one and have always believed it to be German. Mine is marked "1915 PRM 29B 2C" it also hasa maker's stamp on one of the straps and inside, "W(M)istler Kaiserslauter"
fezzes frigidus es
Top

Last time i visited the army museum in Brussels, there was a backpack like this in the Belgian section.
In the cafe "klein rijsel" at ypres, there was a mannequin with a Belgian infanterie uniform with the same backpack.

I'm still looking to find an old postcard which proofs these backpacks were used by the Belgian army.

'm still looking to find an old postcard which proofs these backpacks were used by the Belgian army. 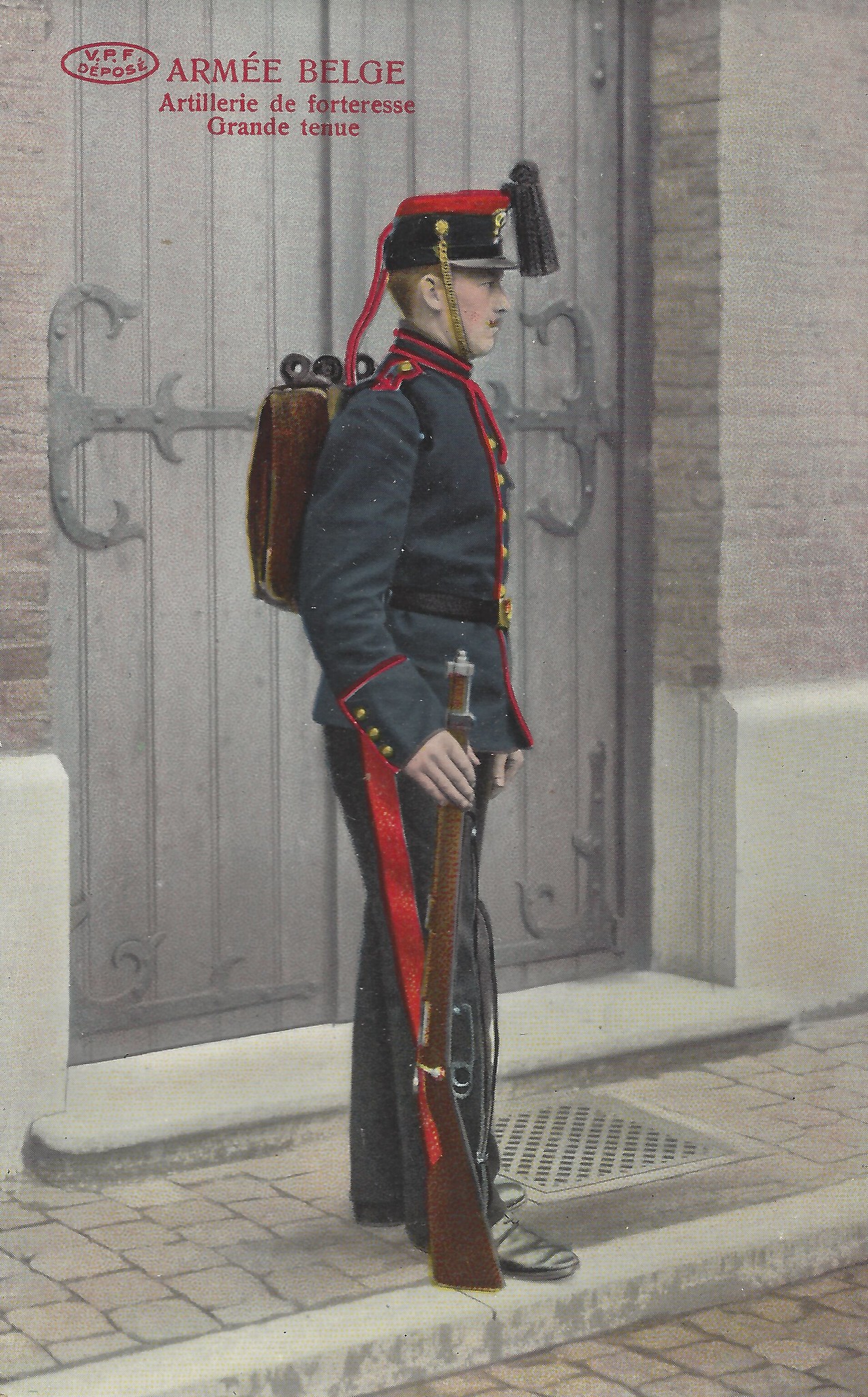 ps3312 by Joe Robinson, on Flickr
VR/Joe
www.pickelhauben.net
The British philosopher and historian R.G. Colligwood said, "it is not
the facts that are interesting in history, but the questions and their
answers - and these can never be fixed.
Top

The postcard is showing the pre-war Belgian backpack. I'm looking for evidence that the Belgian troops also used the backpack in the first post of the topic.

I've seen this model alot in Belgian collections and in some museums. Even in the national army museum in Brussels this model of backpack is shown between the Belgian militaria from ww1. A few years ago, i've e-mailed some people from the museum asking if it was 100% sure that these backpacks were used by the Belgians, but i never received an answer.

The collector who owned "Klein rijsel" was 100% sure the backpacks were used by the Belgians, he said he had postcards who proved that, but i never saw those.

I bought mine about 20 years ago at a flea market and the seller had like 40 of these backpacks with him. He said he found a hoard of them near Liège. Maybe the Belgian army was supplied with them around 1915, when there was a shortage of equipement?

As I said my pack has maker's stamps. The town of Kaiserslautern is in Germany (Rhineland) and with a date of 1915, I don't see how anyone else would have been using these packs.
fezzes frigidus es
Top

I would bet that the Belgians used a lot of German equipment while waiting for the "foreign" made gear to arrive at the front. But finding photographic evidence is not going to be easy, first, any Belgian photos are hard to find, and it was a custom of not photographing sub standard equipment, as it would be a potential moral problem.
OK, they are dolls, but they have kung fu grip! and weapons.
Top

aicusv wrote:As I said my pack has maker's stamps. The town of Kaiserslautern is in Germany (Rhineland) and with a date of 1915, I don't see how anyone else would have been using these packs.

Your backpack might be the missing link. I've seen alot of these backpacks in the past, but none had a maker stamp. I've seen people claiming these backpacks were even Danish.
I think it's time to examinate the one's i have and see if i have missed some maker's mark.

pickelhaube
Collecting militaria isn't a hobby, it's a way of living.
Top

These markings are not German. The pack is the Danish pattern from the era.