I have been wanting to do a posting regarding this officers pattern, French M1860 Shako for sometime. There was a need for a clear period image of an officer wearing an example. Thanks to Ebay.Fr this young chap came into our collection and he does a fine job of modeling this pattern of Second Empire headgear. His name was J.A.Chapsal, a Sous-Lieutenant of a line regiment.

Adopted for wear in 1860 and replaced in 1867 by a less substantial example made of wool covered cardboard. Roger de Mauni who served as a junior officer in a Gardes Mobiles battalion, lamented the issue of the cardboard shakos, he writes "Seven hundred very inferior kepi's arrived this morning; these are not enough for half the men. They were given out in a pouring rain, which soon reduced the cardboard they are made of into a soft pulp, 2nd September 1870". No doubt the expense incurred manufacturing these expensive leather shakos put an end to thier issue.

This example is private purchase, and is made from a finer quality leather than the issue shako. It has a blue silk lining and wide moraccan leather sweatband decorated with gold leaf, with the makers name stamped in gilt letters in the crown. The brass eagle plate displays a gilt finish and is stamped with the regiment number 33. In July of 1870 the 33rd Regiment of the Line served with the Fourth Corps, Army of the Rhine.

As an additional item of display we have included a French officers belt buckle of the era, a pattern which our Lt. Chapsal is also shown wearing. A beautiful gilded brass, multi-piece construction, buckle which typifies the elegance of the French Army under Napoleon III.

If you guys like these little articles I'll try another installment featuring the much maligned M1867 Shako, just picked one up. 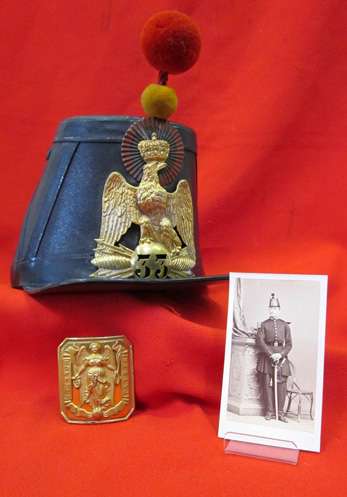 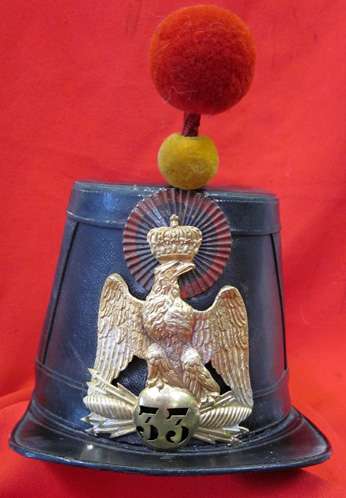 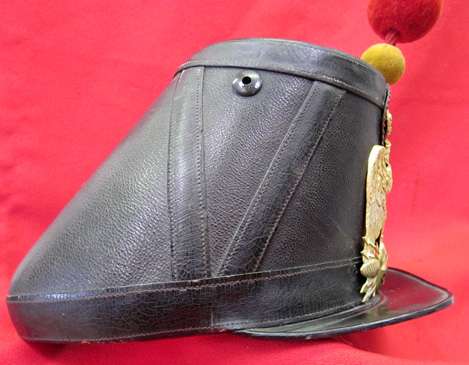 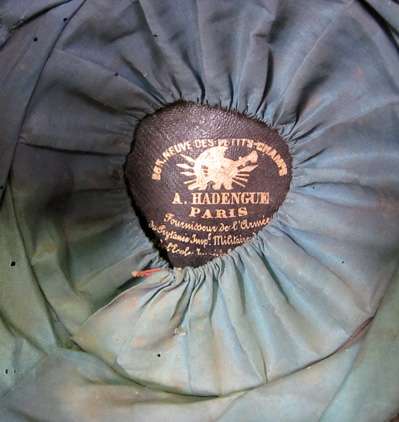 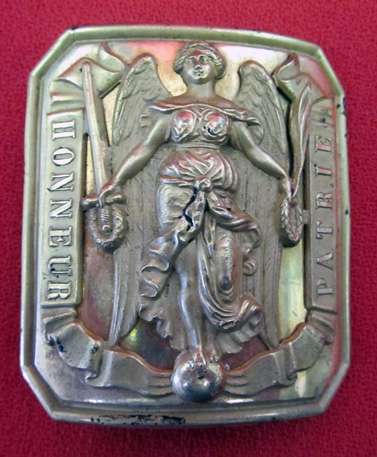 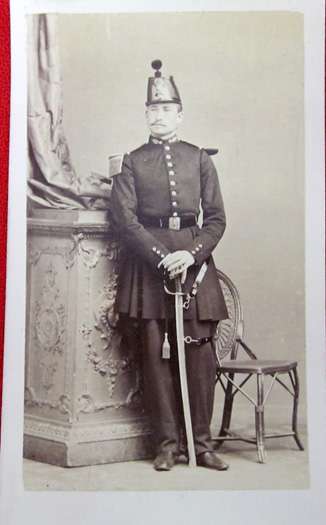 Superb Tschako Larry, albeit not my field.
Congratulations!
Top

Fantastic piece. Say what you will about the French Army of the era but they had good looking uniforms.
Top

"I'll try another installment featuring the much maligned M1867 Shako"

I'm interested, I hope this part of the forum will grow a bit

Thanks guys for your kind words, I'm glad you enjoyed it.


Fantastic piece. Say what you will about the French Army of the era but they had good looking uniforms.

Hi Peter
We often give the French Army short shrift in the credibilty department, however IMO they were quite competent and and had their share of triumphs and legends created about them. Watch out that the ghost of Capitaine Danjou doesn't pay you a visit....moooahahaha..

Right you are Larry. We should all know the Austrians were the biggest losers of the 19th century (and the most ungrateful!).