A place to post and discuss tin lids from the Great War.
Post Reply
7 posts • Page 1 of 1

This helmet was mailed to a relative of mine in 1918. The story goes that it was sent to her by her fiancée, called betrothed at the time, while he was serving in France. A different version from one family member says that she was not betrothed; instead she was his 8th grade teacher. I do not know who the soldier was or if he ever made it back from France.
Miss MacPhillips kept the helmet and passed it to another family member. The helmet was then given to my Stepfather's Stepfather, my Grandfather, sort of. We do not need to delve into the convoluted branches of my family tree.
My Grandfather, also a World War 1 veteran, had no interest in the helmet, but he never got rid of it. He kept it in his barn in Indiana. After he rediscovered it he gave it to me. 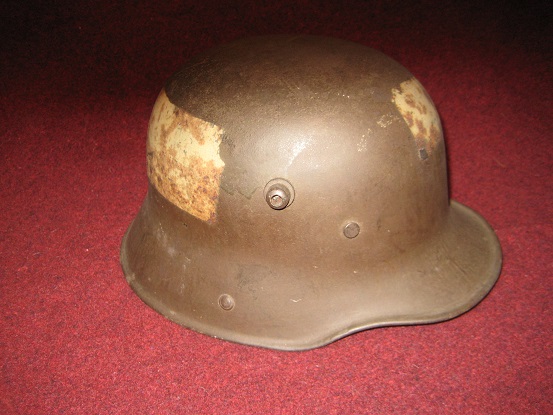 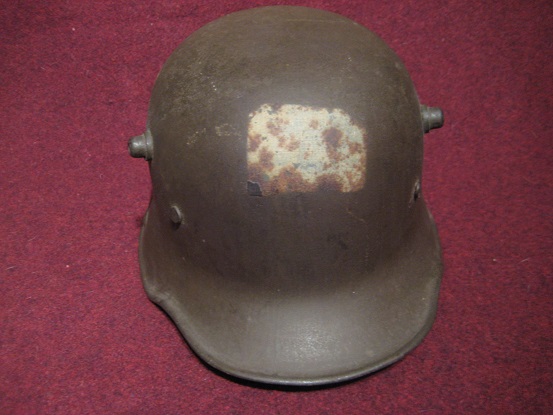 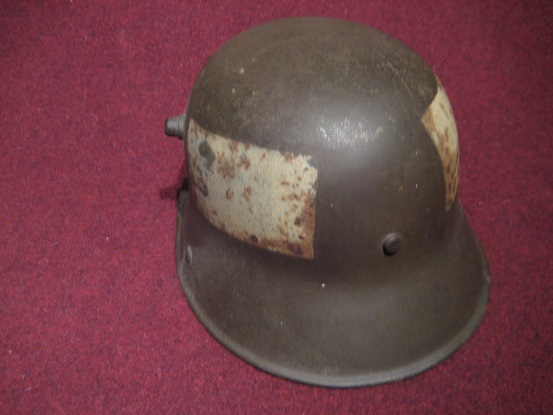 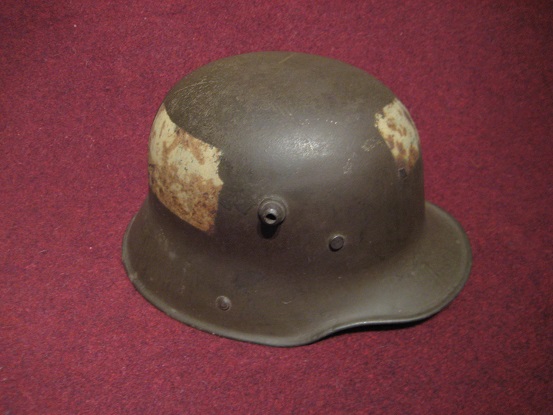 He also added her address to all three of the liner pads: 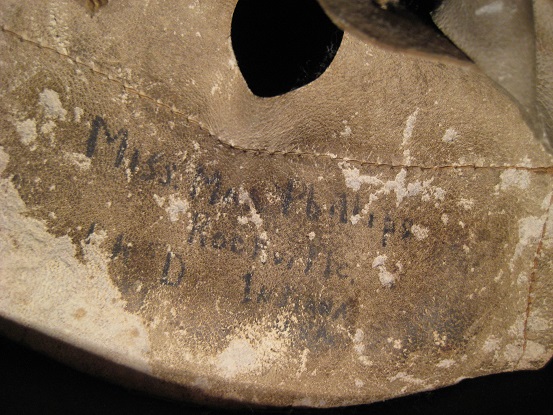 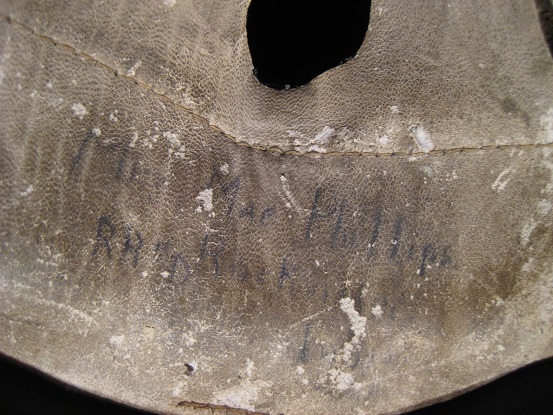 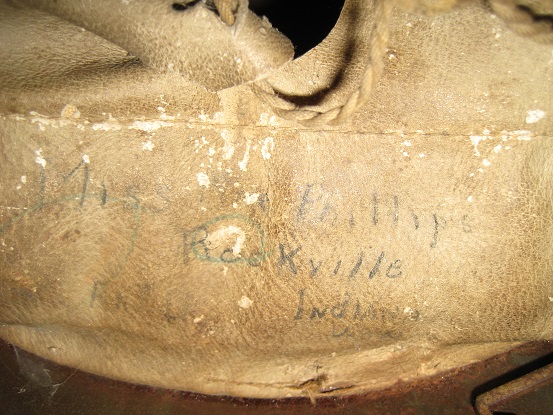 I have never modified, cleaned, or restored anything on this helmet. At most I have dusted if off with a soft rag. It is exactly how it was when my Grandfather gave it to me. 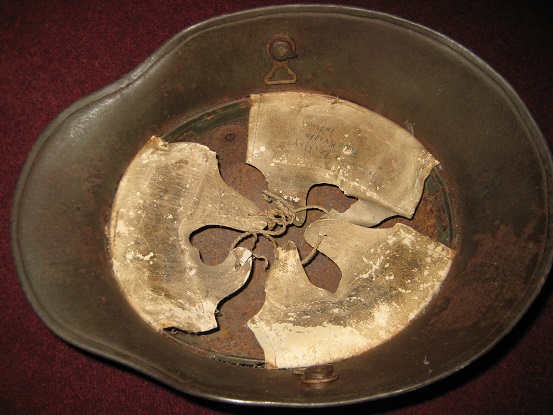 I keep it this way because it is indicative of the way things are really found. I seek perfection in a hobby where little perfection is found. I often see helmets advertised, listed, or shown that are "untouched", when in fact, they are anything but untouched.

Oddly, when people see my collection, especially dealers, this is the helmet they have no interest in. It is too imperfect. It has stuff glued to it. It doesn't look right. "It's too bad somebody screwed it up", is often the comment made. They don't seem to realize that these were not brought back as collector's items. There was a completely different reason for sending these home at the time.

I wonder where I put that Iraqi flag I brought back???

John- great helmet and history. Mail home helmets are very cool and interesting. the fact that they could just put an address on the helmet itself and mail it with no packing is so cool.

I think it's a really interesting item with a story. It's always the stories that I find so interesting about these items, whether it be helmets, medals or whatever.

Also, the fact that you could put a label and a stamp on a helmet and have it sent through the mail is pretty hard to fathom these days.

I don't expect that Canadians could do this. I've never encountered a mail home helmet here.
Top

As a fellow Canadian, I have also never seen any similar mail home example here in all my years of collecting. From the many veterans accounts that I have read, the front line Canadian troops were just as active looking for souvenirs as the Yanks. There was active trading/selling of captured items with the rear support troops. In his book Ghosts Have Warm Hands, Will Bird comments about how his duffle bag was broken into and his souvenirs including a pickelhaube were stolen by rear echelon troops. This is a great helmet and an excellent example of how it was back in these times.
Remember, Pillage first THEN Burn ...
Top

I had a great Uncle who brought several steel helmets home after the war. One ended up as a plant hanger on the front porch, another was used to take the ash out from the furness, the rest left under the porch when they moved. Other items he brought back included: a pickelhaube, a lance pennant, an Officer shoulder strap, and a KAR 98a.
fezzes frigidus es
Top

Also, the fact that you could put a label and a stamp on a helmet and have it sent through the mail is pretty hard to fathom these days.

I don't expect that Canadians could do this. I've never encountered a mail home helmet here.

I am sure that you can still do it. Not too many years ago, a friend was sick and his favorite candy bar was a hersheys with almonds, so I stuck a address label and stamps on a candy bar and sent it to him. Bear in mind that is not something that can be done in the heat of the summer.
OK, they are dolls, but they have kung fu grip! and weapons.
Top

Thank you for sharing... a great story and Helmet. Well done